Here’s some excellent news in the fight between USB-C vs Lightning. These simple connectors keeping your device plugged in and charged have for years represented the choice between good and, well, evil.

If that sounds a bit too heavy, let me put it this way: the (tech) world is about to get significantly greener and leaner, no thanks to Apple, a company that has for years bragged about how it’s a “green” and “environmentally conscientious” entity.

There’s no doubt that Apple can be green as a company. However, on the particular subject of getting your phone charged, the company has been on the opposite side. By choice. That’s about to end.

On June 7, 2022 — possibly at the exact magical moment when a sea turtle touched me — the EU’s Parliament and Council negotiators agreed that by “autumn 2024, USB Type-C will become the common charging port for all mobile phones, tablets, and cameras in the EU.”

That means Apple won’t be able to sell the iPhone in the old continent anymore unless the device uses a USB Type-C port (instead of its current Lightning port.)

It’s been a long journey to get to this point, all due to the real reason Apple has tried so hard to cling to its now-dreadful Lightning cable.

USB-C vs Lightning: Apple and its greed

Behind those many Apple events where we heard Tim Cook throwing superlatives, the electronic giant has deliberately maintained an unnecessary and wasteful practice: the proprietary Lightning port used exclusively for its popular iPhone (starting with the iPhone 5).

Apple and its fanboys have many nonsensical pretexts why the Lightning port on the iPhone and its cable makes sense. Specifically, here are their two main arguments.

Apple says moving away from the Lightning port will cause existing users to buy a new cable, creating waste and stifling innovations.

The “waste” notion is true, but it is so for all progress — we can’t have cars without dropping the horse carriage. The transition will take a few years and has already happened once with the iPhone 5. Before that, older iPhone versions used a different port, which was also proprietary.

By the way, since when has Apple cared about making its users buy fewer things?

As for “stifling innovations,” that’s a pile of, was, well, you name it.

Furthermore, Apple itself is a big proponent of the USB-C port. Since 2018 it has used this port type in all its iPad models. And since 2015, all of the company Macbooks have used Thunderbolt 3 (and later), which shares the same USB-C port type. In fact, many Mac computer models have just this port type!

And for the iPhone, Apple has gone halfway by creating a USB-C to Lightning cable, making things worse.

The point is if you use apple products, you can’t avoid USB-C! So the irony is going 100% Apple means you will have to deal with USB-C and Lightning cables and therefore be inundated with incompatibility in getting charged.

Pretext #2: The Lightning cable is superior

This notion is simply untrue.

Supporting the latest USB and Thunderbolt standards, the USB-C port can deliver super-faster speeds — it’s as fast as a peripheral connection can be.

On the other hand, Lightning has always used the USB 2.0 standard, which is dated, and super-slow in data and charging rates.

On top of that, the open Lightning connector can be dangerous — you don’t want your children to put it in their mouths when the cable is plugged in.

The real reason behind Lightning is Apple’s greed and desire to control, or both.

The only one who benefits from the use of Lightning is Apple, at the expense of everyone else and the green world.

USB is a free open standard, meaning anyone can make a USB cable or port as long as they adhere to the specifications — if not, the device will not work.

On the other hand, Apple charges license fees for any accessories that use its proprietary Lightning port. In other words, every time you pay for a Lightning cable or an accessory that uses this port, Apple likely gets a cut.

And since billions of them exist, a massive chunk of change is coming to Apple’s coffer each year. Additionally, the Lightning port gives Apple complete control over how the iPhone works via a physical connection.

On the flip side, that’s tons and tons of imminent e-waste. On top of that, the practice makes life harder for consumers. If you have an iPhone and a USB-C device — we all do — you will need to double the number of charging cables (and accessories) at home and on the go.

And Lightning makes life harder for accessory makers, too. They have to create products that support multiple ports instead of just USB-C.

The painful truth is this: had Apple decided to move to USB-C, starting with the iPhone 5 (or 6 or 7, or 8), it could have saved the world from those tons of unnecessary waste and resources. Instead, they so far have all used the Lightning port.

In any case, it’s safe to say nowadays, nobody is happy about the Lightning connector except Apple. And that brings us to the latest development in the EU.

USB-C vs Lightning: EU decides to take it no more

On September 23, 2021, the European Commission, the executive arm of the European Union, announced a proposal for its revised Radio Equipment Directive that forces electronics and gadget makers to use the USB-C connector universally.

On top of that, it’ll also end the bundling of chargers with devices to reduce waste.

Specifically, at the time, the Commission proposed:

“A harmonised charging port for electronic devices: USB-C will be the common port. This will allow consumers to charge their devices with the same USB-C charger, regardless of the device brand.

Harmonised fast charging technology will help prevent that different producers unjustifiably limit the charging speed and will help to ensure that charging speed is the same when using any compatible charger for a device.

Improved information for consumers: producers will need to provide relevant information about charging performance, including information on the power required by the device and if it supports fast charging. This will make it easier for consumers to see if their existing chargers meet their new device’s requirements or help them select a compatible charger.[…] “

If you wonder why other products — like smartwatches, earbuds, trackers, etc. — are not part of this, most of them are too small to have a charging port (USB-C or not) and generally use wireless charging.

And while the new rules apply to all manufacturers, it’s clear that the primary target is Apple. For years, the rest of the world has voluntarily moved to USB-C. If you don’t know that, you haven’t been to Europe (or outside of the US, for that matter.)

And this new initiative is now a done deal. Well, almost.

Technically, we still have to wait until after the summer recess for the Parliament and Council to approve the agreement formally and publish it in the EU Official Journal. But that’s just a matter of formality.

Initially, the European Parliament was expected to vote on this in earlier 2022, but better late than never. The way it works, the law will enter into force 20 days after publication, and its provisions will apply after 24 months or in the fall of 2024.

Apart from the convenience, the new law help provide the consumer with better information on the charging characteristics of new devices and enforce the interoperability of charging solutions, including wireless charging.

Per estimates, the new obligations on the re-use of chargers will help EU consumers save up to 250 million euros a year and cut down some 11,000 tons of annual e-waste.

So, the question is, when can you get a USB-C iPhone? Per the timeline, the iPhone 15 must comply but this is possible as early as the iPhone 14 — I wouldn’t count on it.

Will Apple contain its greed and play nice for a change? That remains to be seen. Knowing the company, I don’t count on it. The company might think of other ways to comply without really complying to continue nickel-and-diming its users and accessory makers.

But when the time comes, Tim Cook will make it as though Apple invented the idea of ditching the Lightning port. Now that we can count on.

To put things in perspective, years ago, I was so distraught by Apple’s refusal of the USB-C that the iPhone 6 was my last iPhone. Since then, we’ve moved to USB-C-only devices for the entire family.

But we have friends who still use the iPhone, and as a group, we’ve all continued to endure that same too-familiar frustration — the cable just won’t fit!

But moving to USB-C solo has also made our life much easier. We’ve significantly reduced the cables we need to carry when traveling, including on our last trip. And at home, the lack of unnecessary frustration is immeasurably pleasant.

On this front, my hat is off to the EU for leading the world. Hopefully, that’s enough to take Apple off the greedy path. Who knows, my next phone might be an iPhone again. We’ll have to wait till 2024 to see.

Till then, the next time you pick up that dreadful Lightning cable, remember how that piece of unnecessary e-waste is entirely on Apple. 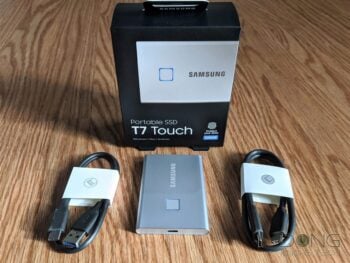 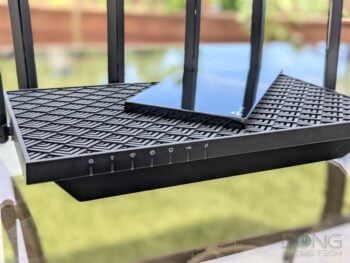 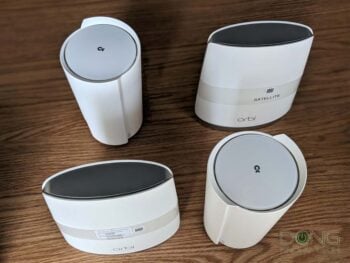 25 thoughts on “USB-C vs Lightning: EU Officially Forces the Latter Out, No Thanks to Apple!” 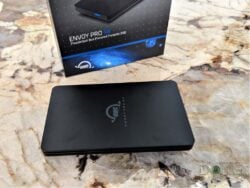 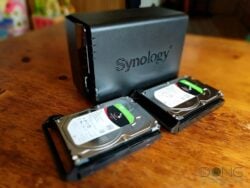 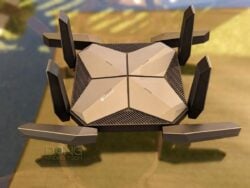