What’s most significant, the new internal storage device is the electronic giant’s first consumer-grade NVMe SSD that supports the latest PCIe 4.0 standard instead of the popular decade-old PCIe 3.0.

And in my testing, the drive worked well with either standard and proved to be the speediest SSD to date when used with the former.

The Samsung 980 PRO is easily one of the most significant upgrades. It’s one of the first on the market that uses the new PCIe 4.0 standard with up to some 7000 megabytes per second bandwidth.

PCIe 4.0 first became available in 2017, but its rate of adoption has been slow. That’s self-evident since we need to wait until now to start seeing applications like the 980 PRO. But it’s better late than never.

By the way, the new SSD works with PCIe 3.0, too, but at slower performance. In other words, you can use it in any place where any existing NVMe drive fits.

The 980 PRO looks almost identical to the 970 PRO. The two share the same design and many features and can work interchangeably. What sets them apart is their performance grade.

Faster speeds, but half the endurance

Per the hardware specs of PCIe 4.0, the 980 PRO can deliver twice the previous model’s performance. In return, though, it has just half the endurance rating. That’s because, on the inside, it uses a new and more affordable type of flash memory.

Specifically, you can write up to 600TB to the 1TB version before it becomes unreliable, compared to 1200TB of the 970 PRO.

It’s always disappointing to have a lower endurance rating, but it’s important to note that the 970 PRO’s endurance level is quite extreme. That said, the 980 PRO has plenty of life, and chances are you will need to replace your computer way before you have to worry about its longevity.

At the minimum, Samsung gives the drive a generous 5-year warranty.

A familiar SSD at heart

Despite supporting the next-gen PCIe, the Samsung 980 PRO is a familiar NVMe SSD. It comes in the standard 2280 design — it’s 22 mm wide and 80 mm long — and requires an M.2 slot to work. The drive is single-sided — including the 2TB version. It’s skinny and will fit in any NVMe application.

On the inside, the new SSD features the same security features as the 970 PRO and also uses Samsung’s Dynamic Thermal Guard technology to keep its temperature down during heavy operations.

What’s more, the new drive also uses the helpful Samsung Magician software, which allows users to manage many aspects of the SSD’s performance and status. These include overprovisioning, performance testing, firmware updates, and a lot more.

And the 980 PRO is fast. I tested the 500GB and TB versions — both deliver the same performance.

The drive easily topped the charts when used with PCIe 4.0. In tests with PCIe 3.0, it wasn’t the fastest consistently but clearly among the best.

Indeed, it’s the first SSD I’ve worked with that has the sustained speed of some 1500 MB/s when doing both writings and reading simultaneously via PCIe 3.0. Add another 150 MB/s when you use it with PCIe 4.0.

In all, the drive got sustained speeds of some 4000 MB/s and 5600 MB/s for writing and reading, respectively, about twice the overage rates of most older NVMe drives.

In the random access test, the 980 PRO was also the fastest I’ve seen in NVMe with PCIe 4.0. When used with PCIe 3.0, the drive was slightly slower than the SK hynix Gold P31 but was faster than the rest.

The differences between PCIe 3.0 and PCIe 4.0 weren’t as acute as in the copy tests, but the new drive also had twice the performance of many PCIe 3.0 alternatives.

As in real-world usage, the new SSD was impressive, too. I’ve been using the 970 PRO as my go-to SSD and didn’t expect much of a difference. But the 980 PRO indeed cut the boot time by a few seconds. On top of that, games and heavy software, like Photoshop, took noticeably shorter times to load.

To put it in perspective, after the testing, I moved back to the 970 PRO, and after a couple of hours, I decided to swap it out again for the 980 PRO. It has a kind performance that grows on you quickly. 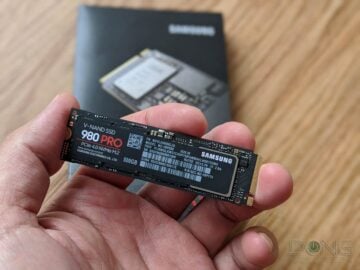 Half the endurance rating of the 970 PRO

No larger capacities than 2TB

Without a doubt, the Samsung 980 PRO NVMe SSD is an excellent upgrade to the already excellent 970 PRO.

While the reduction of endurance sure is disappointing, the gain in performance alone more than makes up for that. And its friendly pricing is a pleasant surprise.

If your computer support PCIe 4.0, this new SSD is a must-have for those with a PCIe 4.0-ready motherboard. Get it! 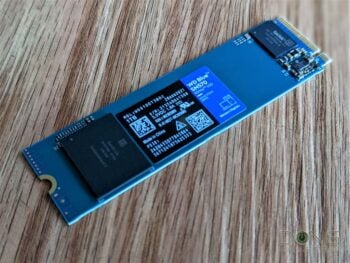 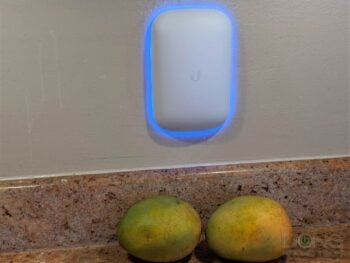 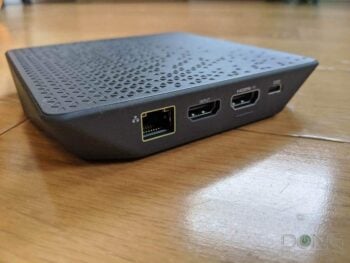 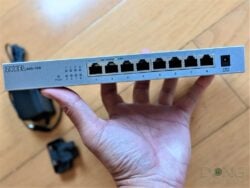 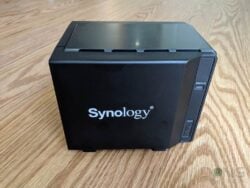 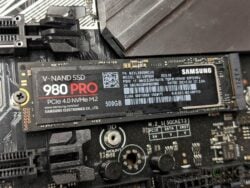