Two years after releasing the first QLC SATA solid-state drive (SSD), the 860 QVO, Samsung today announced the availability of the 2nd-generation of the same internal storage device, the Samsung SSD 870 QVO. And it’s quite a sizeable upgrade.

The drive is now available in up to a whopping 8 TB of storage space. It also comes with significantly more write cache, allowing it to overcome the previous model’s biggest shortcoming, which is the slow write speed in extended operations.

The 870 QVO is still far from perfect. But if you’re looking for a reliable SATA SSD to put inside your aging computer or as a secondary storage unit for your souped-up desktop, this one is an excellent fit.

The 8 TB version is slated to come out in August, with the pricing available then.

For one, both drives use the standard 2.5-inch design and support the latest and final SATA revision (SATA3) with a ceiling speed of 6 Gbps. So, either will fit in most standard laptops and all desktop computers.

However, what’s more, critical in their similarity is that both use Samsung’s low-cost 4-bit QLC NAND flash memory.

What’s the deal with four-bit QLC?

The way SSDs work, they store information on NAND Flash memory cells — there are millions of cells in an SSD — using “bit” as the lowest unit. The more bits per cell, the higher the density and the lower the cost. In return, that also means slower speed and shorter life expectancy.

Here are the common types of NAND Flash memory:

In the future, there will likely be an even higher density of 5 bits per cell, called a Penta-Level Cell (or PLC). It’s worth noting that having more bits per cell doesn’t always translate to slower speeds. An SSD’s performance depends on how the manufacturer optimizes it via the controller and cache.

But for now, 4-bit QLC is the highest density, and this type of NAND flash memory, at its natural state, does indeed have an issue with write speed — it’s just slow.

Specifically, in the case of the 860 QVO, the sustained write speed could get as slow as that of a regular hard drive or even slower in some situations. That’s where Samsung’s TurboWrite comes into play.

TurboWrite uses a cache to speed up the writing process. The larger the cache, the more data you can write to the SSD at high speed at once. And that’s where the 870 QVO is better than its predecessor. Its TurboWrite cache is three times that of the 860 QVO.

Specifically, the 1 TB version has 42 GB of TurboWrite cache, and higher-capacity versions enjoy up to 78 GB. Samsung says, overall, the new SSD has some 13 percent improvement in random speeds, compared to the previous model.

The question is, why not use even more cache to make the drive perform even better? Well, then the SSD will be more expensive. It’s the balance of performance and cost.

The 870 QVO shares the same 3-year warranty and endurance rating as the 860 QVO. Generally, endurance increases with a drive’s capacity, and similarly, Samsung uses the latter to make up for the mediocrity of the former. The 870 QVO’s capacities also start at 1 TB, which is as high as many SSDs’ top capacities.

And according to Samsung, you can write up to 360 terabytes of data on the 870 QVO’s lowest-capacity version. To put this in numbers, if you write 100 GB per day to the drive and do that every day, you’d still need some ten years to wear out the drive.

That said, even though the drive has comparatively low endurance ratings, the fact it’s only available in high capacities means you won’t need to worry about this at all.

If you have used any of Samsung’s SSDs, you’ll notice and appreciate the software accompanying them. The Samsung Magician is one of the best, if not the best, software tools among SSDs on the market.

The application is a handy toolkit that allows you to monitor your SSD, set over-provisioning, update the firmware, and more. The fact that it works with all Samsung’s consumer-grade SSDs is also a bonus — it makes upgrading from a SATA drive to an NVMe one an easy job.

In copy tests, the drive averaged the sustained speed of some 460 MB/s and 520 MB/s for writing and reading, respectively, or 240 MB/s when doing both simultaneously. These were the number I got when using the standard-size test data, which is 10 GB. This amount was well within the drive’s cache.

To see how the drive work when its TurboWrite cache runs out, I used a much larger test file of around 80 GB, and in this case, you’ll note its average sustained write speed reduced to just 113 MB/s.

It’s worth noting that after the initial 42 GB or so, the rest of the writing job moved along at just around 65 MB/s. But in all, the 870 QVO was consistently faster than the 860 QVO. And that’s a good thing.

And the new drive was faster than its older cousin in random access tests, too, though not precisely 13 percent as Samsung has claimed. Instead, it was about 10 percent faster in writing and impressively more than 40 percent faster in reading.

In all, the 870 QVO is a sizable upgrade to its predecessor, and it stacks up well against other standard SATA SSDs on the market. 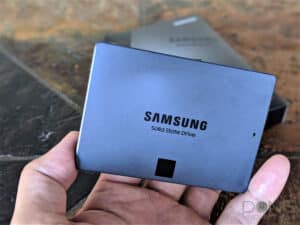 Up to 8 TB of storage space

Not available in M.2 design

As a 4-bit QLC drive, the new Samsung SSD 870 QVO indeed reminisces the previous model, the 860 QVO, but in a good way.

With the increased TurboWrite cache, the new SSD has enough to deliver excellent performance in daily tasks. Chances are, you probably have no idea that it has some sequential write performance issues during super-heavy loads.

If your computer doesn’t have an M.2 slot, this new SSD is definitely worth consideration. If you have a computer already running on an NVMe drive, it’ll make a great secondary storage unit for backup and data storage purposes. 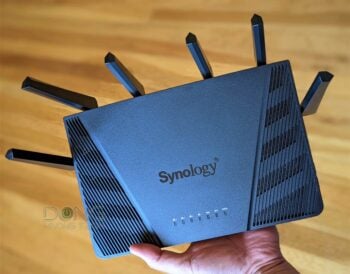 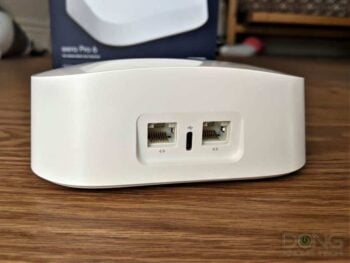 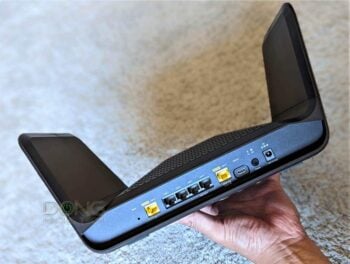 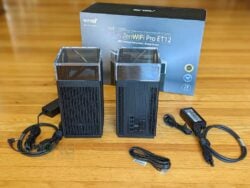 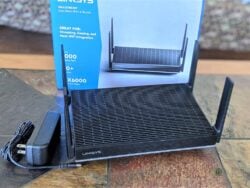 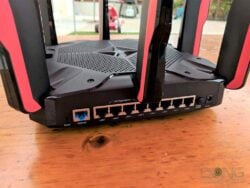