You cannot copy content of this page
Home Explainers No Wi-Fi at that Corner? Get a Pair of Powerline Adapters!

When it comes to extending a network, you should always use network cables. Connecting an access point to an existing router via cable, for example, is the best way to extend your Wi-Fi network without losing performance.  But running wires can be hard, sometimes not even possible. And that’s where Powerline networking comes into play.

What is Powerline networking?

In a nutshell, Powerline networking turns existing electrical wiring into that of a computer network. In other words, apart from bringing power — electricity, that is — from one wall socket to another, the wiring behind the wall now also carries network signals. As a result, you can quickly extend your network to wherever there’s a wall outlet. It’s quite smart if you think about it! In every house, the electrical wiring is already there, so why not take advantage of that, right?

Pros and Cons of Powerline networking

Like everything else, Powerline has its pros and cons. It’s not for everyone, and it doesn’t work in every situation.

The primary advantage of Powerline, clearly, is the convenience. You can extend your wired network in a matter of minutes without running any cables. It’s as easy as plugging a couple of adapters into wall sockets.

For example, if you have a basement with thick concrete walls that Wi-Fi signals can’t reach, Powerline is so much easier than digging and drilling to run an actual network cable there.

How to use Powerline adapters

Now that you know what you’re getting into let’s find out how you can set up a Powerline network. This process is generally the same for all makes and models of Powerline adapters.

Most Powerline adapters take the shape of a wall plug and have at least one network port to connect to a router (or switch) or a wired device. Generally, you’ll need a pair of adapters for the first connection. However, a few routers, such as the ARRIS SURFboard SBR-AC3200P, have built-in Powerline support, in which case you can skip the primary adapter.

Since Powerline uses the electrical wiring to deliver a network signal, will your neighbors be able to tap into your network by using an adapter of their own? The answer is: this depends.

If you live in a residential single-family home, there’s no need to worry since Powerline signals can’t cross a transformer, which separates the power connections of different houses on the same street.

However, if you live in a condo, there’s a chance of exposing your home network to other condos when using Powerline adapters. That said, though, most adapters have encryption you need to configure — via pressing a button — before they can work together. If you buy a kit of two adapters, chances are the two adapters are already set up to work only with each other.

So make sure your network is secure: always use Powerline adapters with encryption turned on. 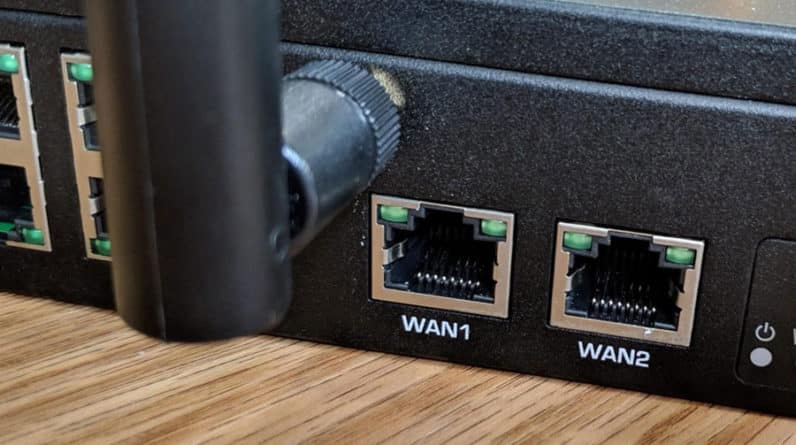 Dual-band vs. Tri-band Wi-Fi and that Burning Bandwidth Question