The Fire TV Stick 4K Max is a three-year wait from the Fire TV Stick 4K that first came out in 2018. As such, it’s a disappointment — there’s not much difference in hardware between the two. So “Max” sure is a bit of an exaggeration.

But if you look at it strictly as a streaming device that costs $55, you’ll find it an excellent buy. Like the predecessor, the 4K Max is easily one of the best wireless add-on streaming devices of its type. And it’ll likely get better over time — Amazon often lowers the cost of their products.

So, if you want to put more life, or the current level of “smart,” on an aging or too-clever-by-half (4K) TV with a terrible remote — typically the case of those from Sony, Samsung, or LG — the Fire TV Stick 4K MAX is great. Get one for yourself and another as a holiday gift — your loved ones will appreciate it.

On the other hand, the Max is not a must-upgrade if you already have the Fire TV Stick 4K. Skip it, and you won’t miss out on much, if at all.

I didn’t review the Fire TV Stick 4K. When it came out back in 2018, I had other responsibilities. But I’ve owned at least five and have bought many more for family and friends over the years.

Before it, I’d tried many different streamers, too. These included different Roku variants — which I’ve written off altogether considering the YouTube TV issue –, the Apple TVs, game consoles, etc. And that’s not to mention lesser-known stuff from other vendors, as old as the now-defunct WD TV.

And considering I own Synology NAS servers, which work excellently as local streaming servers, I expect more from streamers than a typical home user who wants something only to binge on Amazon Prime, Hulu, Display+, or Netflix.

Truth be told, the two use the same Android-based Fire OS and therefore are virtually the same in terms of standard app support and features. What sets them apart is their hardware, of which the Max is more powerful, allowing it better performance and a tad extra in what it can do.

Physically, the two streaming devices look the same and share the exact dimensions. They are both sticks slightly larger than an adult index finger with an HDMI connector on one end. Plug them into a TV’s HDMI port, and you’re game. Almost.

You do need to get them powered, and as the Fire TV 4K, the Max can draw electricity directly from some TVs’ USB ports. With others, it will complain and suggest that you use the included power adapter instead — it still works in most cases.

Tip: You should use the included Micro USB cable — it’s a high-quality one. A cheap third-party (shorter) cable might not work well, if at all, and can cause the player to restart periodically.

Physically, the only difference between the Fire TV Stick 4K and 4K Max is the logo on the top. The former carries the Amazon signature arrow, while the latter has the word firetv on it.

I was a bit surprised that the Fire TV 4K Max uses the dated Micro USB as its changing port — the world has been moving to USB-C. But that kind of makes sense since that allows the new streamer to reuse accessories (as well as USB cables and power adapters) made for its predecessor.

With that, let’s check out its hardware specification vs that of the Fire TV Stick 4K.

(*) AV1 or AOMedia Video 1 is an open and free video streaming compression format, backed by several prominent players, including Google (or YouTube, to be exact). It’s the main competitor of the famous H.265 HEVC, which requires a license. The 4K Max’s support for AV1, among other things, means you can expect the support for YouTube TV on the streamer for the foreseeable future.

In all, considering the specs, I find the new Fire TV Stick’s naming a bit of an exaggeration. It can’t be a “Max” if it doesn’t support 8K, which is currently the highest streaming resolution. And Wi-Fi 6E — the latest Wi-Fi standard — is not there, either.

But it sure has enough to qualify as an upgrade from the original Fire TV Stick 4K.

From the table above, you’ll note that the most significant differences between the two are the fact the 4K Max supports Wi-Fi 6 and more powerful processing power.

While heavily advertised as a substantial improvement, the support for Wi-Fi 6, in my book, is minor. You won’t see any difference — I can almost promise you that.

The reason is the 4K Max is, for the most part, a single-task device — at any given time, it’ll do just one streaming job. I talked more about Internet speeds in this post, but here’s the gist of streaming bandwidth requirement:

So, the Fire TV 4K Max, and any online media streamer for that matter, never need more than 100Mbps in connection speeds. Faster will not make them any better.

For this reason, Amazon sells an add-on Ethernet adapter for the Fire TV 4K, which also works with the 4K Max, that caps at 100Mbps instead of Gigabit. And Comcast’s free Xfinity Flex also uses a Fast Ethernet port.

In short, if you expect the Fire TV Stick 4K Max to magically improve your current streaming experience — as in you can view the remote content without buffering — you’ll be disappointed.

Indeed, if you have problems viewing Netflix or Hulu right now on your existing streamer, they will likely remain with the 4K Max. That’s because chances are it’s your Internet speed or QoS settings that need attention.

However, what makes some noticeable differences are the new streamer’s processing power and its remote. The former improves its responsiveness — more in the performance section below –, and the latter makes navigating the interface a pleasant experience.

What I appreciated the most was that the 4K Max now supports voice command, via its remote, for app-specific dialogs, in addition to regular Alexa skills and search function.

Specifically, you now can use your voice to enter username and password, as well as other information, instead of fumbling around with the remote’s button around the on-screen keyboard.

The 4K Max’s remote also has some extras. It now has quick access buttons for Amazon Prime, Netflix, Display+, and Hulu, allowing you to instantly switch from one to another. There’s also a button for live TV programming. By the way, the voice command button now takes the shape of Alexa’s logo instead of a mic.

In many ways, the 4K Max’s remote resembles that of an actual Fire TV. It sure has more to offer than that of the original 4K.

For this review, I used the Fire TV Stick 4K Max intensively for a couple of days, and, for the most part, I liked it. Still, the steamer is far from perfect, and in certain aspects, it was, for now, worse than the previous model.

What I like the most about the 4K Max is its responsiveness.

The player itself took much shorter to turn on, and I could move between app almost instantly.

All that was likely thanks to the player’s more powerful processors and the extra amount of RAM. So, in this regard, compared to the original 4K, the 4K Max is clearly a better experience.

And, again, I loved the fact I could use my voice for most of the apps’ dialogs instead of having to use the remote with an on-screen keyboard.

What was also great was the app support. Like the case of the Fire TV 4K or any devices running Fire OS, you can put a long list of apps on the 4K Max.

For example, if you use a NAS server, the player supports all sorts of media playback apps, including DS Video, VLC, Emby, Plex, etc. There are also tons of other apps for games, web browsing, photo viewing, and other geeky stuff.

On the downside, while the Fire TV 4K Max, like previous Fire TV models, can restore apps and settings from another Fire TV on a user’s account, it cannot import Wi-Fi passwords and apps’ user logins.

That’s is a big downer since entering user information is always a pain on a TV, even when you can dictate via voice command.

While I understand importing username and password might be hard, I don’t see why the 4K Max can’t pick up the Wi-Fi password from another Fire TV Stick within the account. That’s a fairly standard feature of many devices.

Furthermore, during my trials, though rare, the Fire TV 4K Max had issues with streaming specific pieces of content locally where the sound, video, or subtitles didn’t playback correctly — they did with a Fire TV 4K using the same apps.

By the way, this issue may apply only to advanced users who want to access more than just popular content providers, and was likely caused by software bugs Amazon hadn’t worked out yet. Over time the 4K Max will get better via software updates.

Finally, in terms of network performance, there was virtually no difference between the Fire TV 4K Max and Fire TV 4K. I did an anecdotal Internet test on the same TV, at the exact location, using the same speed-testing app, and got almost identical scores between the two.

If anything, the Fire TV 4K Max was a little behind the Fire TV 4K in latency, though at a negligible level — not enough to have any effect on its streaming performance. 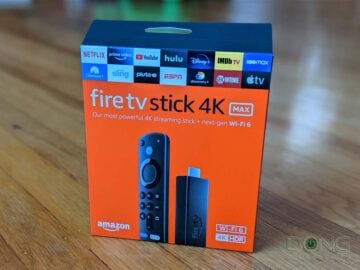 By itself and considering the cost, Amazon’s new Fire TV 4K Max is an excellent add-on media streamer.

The device is super convenient to use, fast, and versatile. And its remote beats that of almost any TV, hands down. In all, it’s pretty impressive how much it can do considering the tiny physical size.

But when compared with the Fire TV 4K, the Max is a bit subdued of an upgrade. Among other things, the added support for Wi-Fi 6 doesn’t return anything of note, if at all. And, sure, you will like the better responsiveness, but, for now, that’s kind of canceled out by the (temporarily) bugginess.

That said, there’s no rush to upgrade. But if you want to buy a new streamer today, the Fire TV 4K Max is definitely worth the consideration. 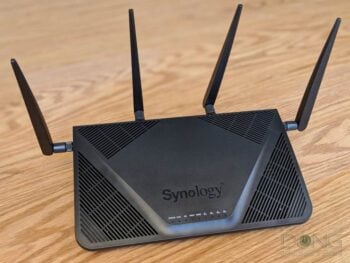 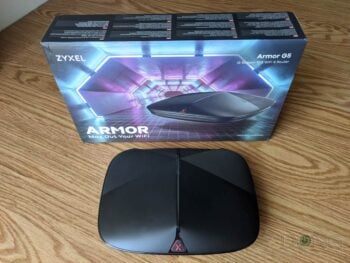 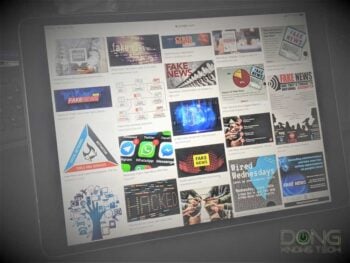 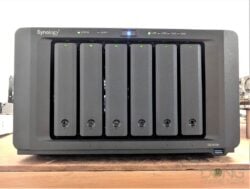 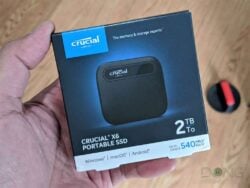 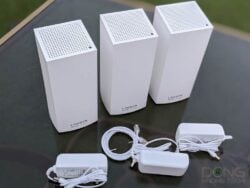