The Linksys MR7350 Max-Stream Mesh Wi-Fi 6 Router is the budget version of the MR9600. Other than the lesser hardware specs and, therefore, the much lower cost, it’s the same as its big cousin.

What’s most significant, it makes official the fact that all new and likely future Linksys routers will be part of Belkin’s Linksys (Velop) Intelligent Mesh ecosystem.

That said, in this review, I’ll focus on the Linksys Intelligent Mesh notion and the differences between the routers, namely their performance. It’s a good idea you read my take on the MR9600 first.

As a Wi-Fi 6 solution, there’s quite a bit to talk about the Linksys MR7350, but here’s the gist: Throw the “budget” notion away, and you’ll be happy with this router. Indeed, at some $150, it’s twice the cost of the similarly-specced TP-Link AX10. And if you’re in the market for a Linksys mesh system, well, get a real Velop set instead.

The MR7350 is the latest and the other Wi-Fi 6 router from Linksys, after the top-tier AX6000 MR9600. And like its older cousin, it’s also no longer just a standalone router. It’s now part of the Linksys Intelligent Mesh, which started with the Velop series.

Linksys (Velop) Intelligent Mesh overview: All you need to know

This mesh system brand was first available in early 2017 with the original 3-pack tri-band Velop. At the time, I thought the purpose-built mesh system — a direct rival to the Netgear Orbi — was cool, and reliable but just also quite pricey and constrictive in terms of features.

Fast forward to the present time, Belkin has now decided that it’ll make all of its mesh-capable single routers part of this ecosystem. And that makes sense. Asus has been doing that with its AiMesh feature for years.

These solutions include canned Velop systems and standalone routers that can be added or scaled up using Velop-based mesh technology.

What you can expect from Linksys Intelligent Mesh

This mesh approach means the above-mentioned Linksys routers can work as standalone routers and also as part of a Velop-like mesh network. Like all things, it has both pros and cons.

These apply to Linksys routers supporting this feature.

It’s important to note that Links Velop Intelligent Mesh is much more flexible than Netgear’s Orbi line, considering Wi-Fi 6 Orbi hardware will not even work with Wi-Fi 5 ones at all.

But that’s probably the only thing Linksy’s Velop outdoes Netgear’s Orbi, which generally has better performance and a lot more features. Plus, it has a full web interface and a vendor-assisted mobile app is available as an option.

From the get-go, Linksys Velop systems deliver ease of use at the expense of features and privacy. Being part of this ecosystem means supported routers will also have to shed features and settings unavailable to the original Velop.

The following are some bullet points on what you should be aware of a Linksys Intelligent Mesh router (and system), including the MR7350 and the MR9600.

So the move to make standalone routers part of the Velop ecosystem means you’ll trade the robust web interface and customizability for ease of use. It’s almost the opposite direction from Asus’s AiMesh, something that will not make savvy and hardware Linksys fans happy.

So, again, the Linksys MR7350 is virtually the MR9600 in smaller physical design and lesser Wi-Fi spec. In fact, if you use them both, you’ll note that it’s tough to tell which one is which during the setup process where both are called “Velop.”

After that, the two share the same setup process, features, and settings. Again you can find out more about these in my review of the MR9600.

The Linksys MR7350 is a dual-band Wi-Fi 6 router that doesn’t support the 160 MHz channel bandwidth. As a result, its theoretical Wi-Fi speeds cap at 1.2 Gbps when working with any Wi-Fi 6 clients. Wi-Fi 5 clients will enjoy up to 867 Mbps from it.

I tested the MR7350 both as a standalone router and a mesh node that wirelessly extended the MR9600’s Wi-Fi network. While it worked fine as the former — again, it was the same as the MR9600 — setting it up in the latter proved to be buggy.

While the steps are the same as those of the Linksys MX5 Velop AX, what happened in each step was a different experience.

First of all, it took a long time, in my case, for the app to add the MR7350 as a mesh node. It was much longer than the 6-minute estimation. And then I got an error saying the node couldn’t be added.

And tried again, but the node was never even found. It turned out; it had been successfully added the first time around. It was the app that showed the wrong message. I reset the router and tried again, and the same thing happened.

I tried the process a couple of times, and there was only one time that it went through as intended. And even then, it took quite a long time — some 10 minutes — to add the MR7350 as a node.

So, the app didn’t give you the impression that Linksys Intelligent Mesh is a valid name. Hopefully, this will change via future updates.

By the way, again, you must use the mobile app to add a node to a Linksys Intelligent Mesh system. Using the web interface, the mesh node will appear just like another connected client.

Similar to the case of the MR9600, the MR7350 also delivered mixed performance in my testing. However, it was quite a bit different.

Needless to say, I didn’t expect much from the Linksys MR7350, considering its modest Wi-Fi specs and the lack of multi-gig network ports. But thanks to the low expectations, the router proved to be quite an excellent little performer.

Without the 160 MHz channel width support, the router allowed my 2×2 Wi-Fi 6 test clients to connect at 1.2 Gbps. At a close range, on the 5 GHz band, they averaged a sustained speed of more than 770 Mbps. Farther out, they now registered 460 Mbps. Both were quite impressive compared with similarly-specced routers.

The router did even better on the 2.4 GHz band, better than many higher-end routers. It’s worth noting, however, that on this band, where I live, the performance fluctuates so much that I wouldn’t recommend using it as anything but a reference.

The Linksys MR7350 also delivers an excellent range for the router of its caliber. In fact, I found that it had about the same range as the MR9600. So if you live in a home of around 1500 ft² (139 m²) or even maybe slightly more extensive, you can count on it. Of course, Wi-Fi coverage carries depending on your home.

The router also passed my 3-day stress test with no disconnection. I had no issue with it, in fact.

What’s most impressive, however, is its network-attached storage (NAS) performance. When coupled with the Crucial X8, via a Gigabit wired connection, it delivers the sustained copy speed of 110 MB/s and 112 MB/s for writing and reading, respectively, slightly edging out many more expensive routers.

Quite terrible as a mesh node

Again, I tested the Linksys MR7350 as a mesh node of a network hosted by the MR9600 as the primary router. It wasn’t the best mesh experience I’ve had, far from it.

Other than the hiccups in setting it up, the performance was quite abysmal. First of all, at just 40 feet away (with a line of sight), for some reason, the Linksys MR7350’s front status light showed solid embar, indicating that it didn’t have an excellent link to the main router.

And the number showed. It was the slowest Wi-Fi 6 mesh node I’ve tested, even when factoring in the lack of a dedicated backhaul. And the range was quite bad, too. However, it wasn’t the coverage that I had a problem with, but the signal quality.

Generally, I either got plodding Wi-Fi speeds in a mesh setup or just no Internet connection around the edge of the coverage. Typically in a 2-pack mesh test, I use an area of around 3000 square feet as the reference zone.

So, after almost two days of trying to use the combo as our main Wi-Fi network, I gave up. The experience was just awful. Considering the MR9600 didn’t perform well in my testing, my guess is if you use two MR7350 units, things might be better, though unlikely by much. 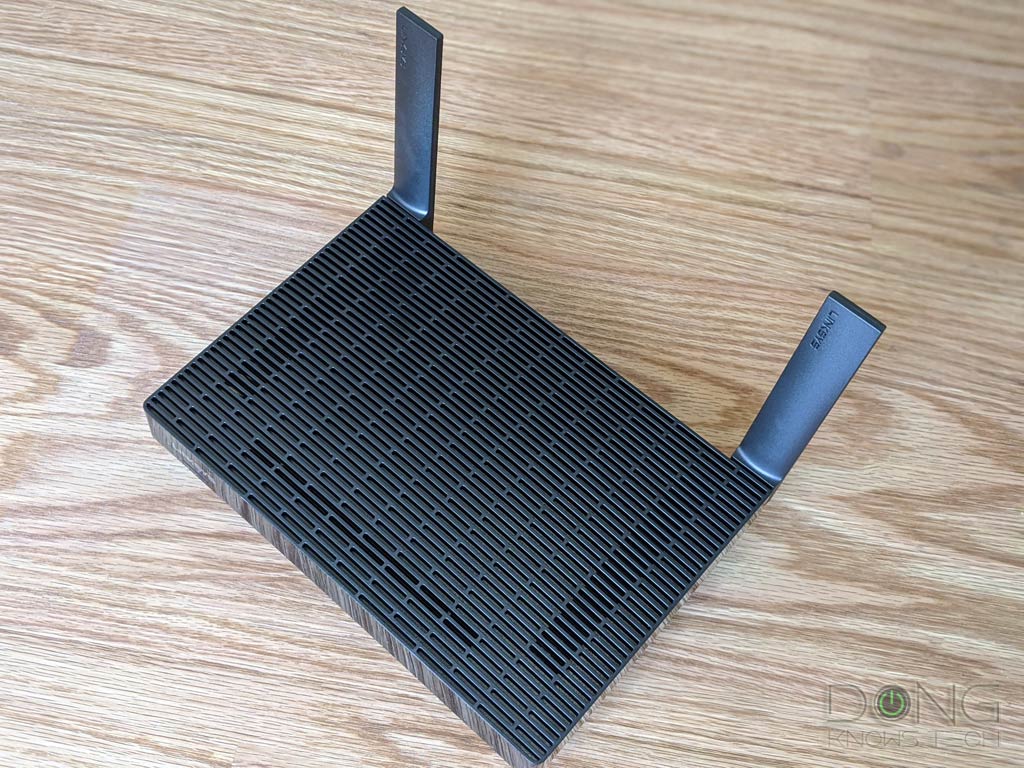 Fast NAS performance when coupled with an external storage device

Linksys Intelligent Mesh could use lots of improvement

As a single router, the Linksys MR7350 Max-Stream Mesh Wi-Fi 6 Router has just one thing against it, the price. It worked well in my testing but not better than those that cost significantly less or deliver many more features.

As part of a mesh system, it’s safe to say, at its current state, that Linksys Intelligent Mesh is not ready for prime time and in no way can compete with Asus’s AiMesh.

Things will likely improve in the future via firmware and app updates. But for now, if Linksys is your mesh brand, stick with a true Velop set instead. Or you broaden your horizon and can check out one of these top Wi-Fi 6 mesh systems. 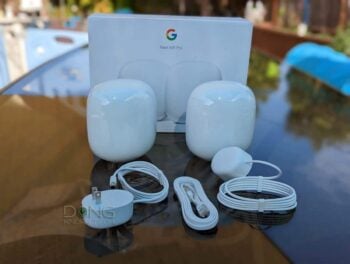 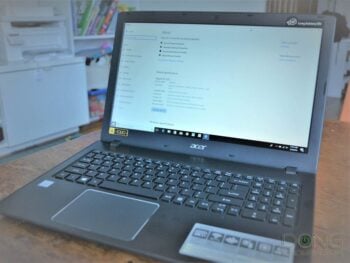 20 thoughts on “Linksys MR7350 Intelligent Mesh Router Review: Too Clever by Half” 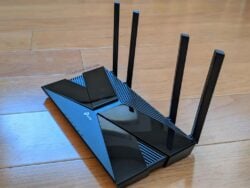 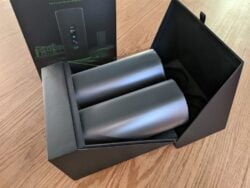 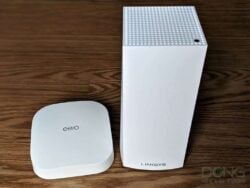