Since the first consumer-grade Wi-Fi system — the original Eero — debuted in early 2015, there have been so many others on the market, giving those living in large houses plenty of options.

Below is the list of what I consider the best Wi-Fi 5 mesh systems. Among other things, they all must have an overall rating of 7/10 or higher.

By the way, the concept of a mesh Wi-Fi system, where multiple hardware units work together to deliver a unified wireless network for a large area, is probably the most significant legacy of the Wi-Fi 5 (802.11ac) standard.

As the world moves to Wi-Fi 6, it’s actually a great time to invest in a fully mature Wi-Fi standard. At the very least, you’ll see why you shouldn’t ditch your Wi-Fi 5 devices yet, not in many years.

Dong’s note: I last updated this once frequently-revised post on February 1, 2021.

This list includes mesh Wi-Fi systems I’ve reviewed on this website that I’d use for myself — and I’ve been using at least a few. I put these in the order I evaluated them with the latest on top. The number in front of their name is just numerical and not meant to be the ranking.

Scroll down to the bottom to see all systems’ performance in numbers. Also, if you think a standalone router is enough for your situation, check out this list of the best Wi-Fi 5 routers instead.

10. UniFi BeaconHD (Plus the UDM): A flexible home mesh for savvy users

In case you didn’t read the intro: This is the latest member on this list. The number is not the ranking.

The UniFi BeaconHD is not a mesh system of its own. Instead, it’s an add-on unit that turns the UniFi Dream Machine (UMD) into a host of a robust mesh system.

Combining the two gives you a powerful UniFi mesh system that is both easy to use via a mobile app and super comprehensive via the web user interface. 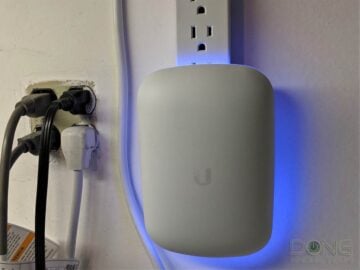 Bulky without a pass-through power socket

Only works with UniFi controllers

No, I’m not mistaken. The Asus RT-AX92U is an odd case. As a standalone solution, it’s a Wi-Fi 6 router. But if you buy a 2-pack, it will work as a Wi-Fi 5 solution. That’s because, in this case, its sole Wi-Fi 6 band (5GHz-2) will function as the backhaul — by default, it’s not available to clients.

That said, if you want a Wi-Fi 5 system that has a super strong wireless link between the hardware unit, the RT-AX92U is a great choice. 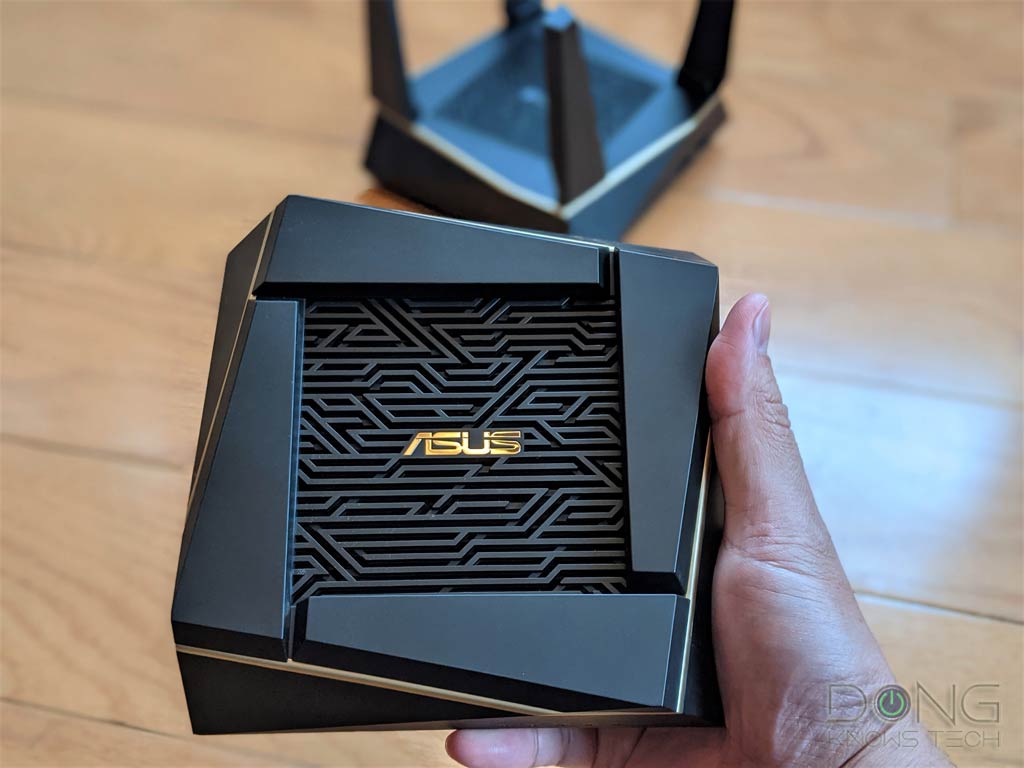 Excellent set of features, including online protection, WTFast VPN for gamers, and system-wide Guest network when working as a mesh

Wi-Fi 6 available only on one of the 5GHz bands

Since early 2018, AiMesh has been the most popular feature from Asus that turns two or more supported routers into a mesh system. The ZenWiFi AC CT8 is Asus’s first canned Wi-Fi system built around this feature.

If you’ve been holding up on a mesh system, this is the one to get. It has excellent Wi-Fi coverage and a set of features that beats any of its peers. Alternatively, you can also consider other Asus routers and use them in an AiMesh setup. 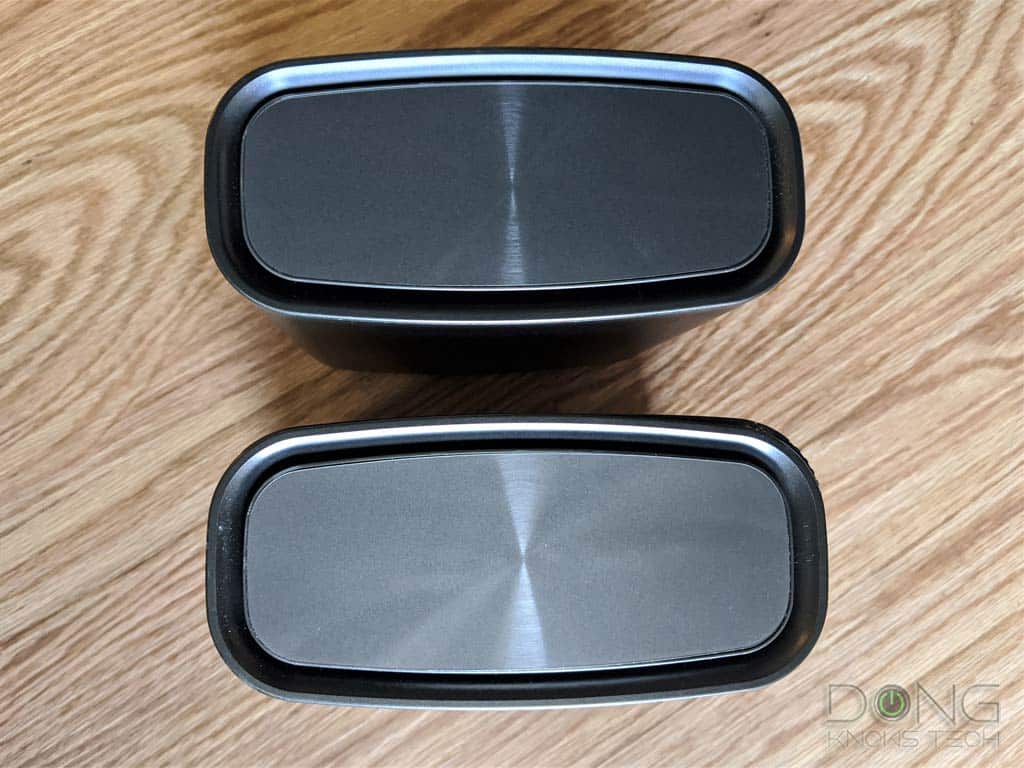 Only 3 LAN ports per router

The combo of buggy firmware and auto-update

7. Netgear Orbi RBK13: A Mesh for the budget-minded

The newly-released Orbi RBK13 is the first Netgear Orbi that comes in a set of three units (instead of two.) It’s a low-power dual-band system with modest Wi-Fi specs. But it’s reliable and will work well for those with an average broadband connection. 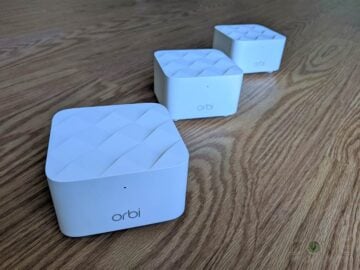 No dedicated or wired backhaul option

The AmpliFi HD was first introduced in 2017, but I didn’t get a chance to review it until late 2019. And it turned out to be quite a novelty — imagine how more so it was at launch! The mesh’s router unit has a useful display that gives you lots of information at a glance. It’s also reliable and easy to use. In return, there’s not much you can do with it in terms of settings and features. 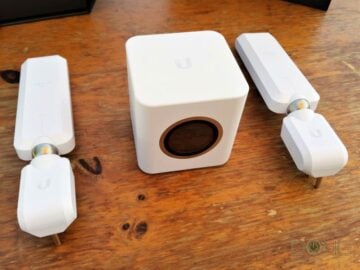 Ridiculously easy to set up

Limited number of settings and features

5. Synology Mesh: A custom professional mesh you can always count on

Synology introduced a mesh add-on feature via a firmware update and the introduction of the MR2200ac router. It’s a similar feature to Asus’s AiMesh.

Synology Mesh is not as diverse as that of AiMesh — it includes only two router models — but, therefore, is more reliable. It also has a more professional interface. 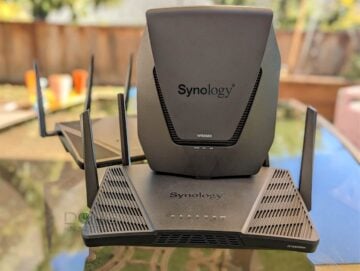 Limited hardware and combo options, no satellite-only hardware, users have little control over the satellites

No 10Gbps or 5Gbps Multi-Gig option, no hardware with two or more 2.5Gbps ports

As far as I know, the Asus Lyra Trio is the only mesh system on the market that uses three 3×3 routers. For this reason, it’s a perfect mesh for a home that’s already wired with network cables.

Via wired backhaul, the Lyra Trio will deliver the fastest Wi-Fi 5 speeds among canned mesh systems, even though it also works well in a wireless setup. 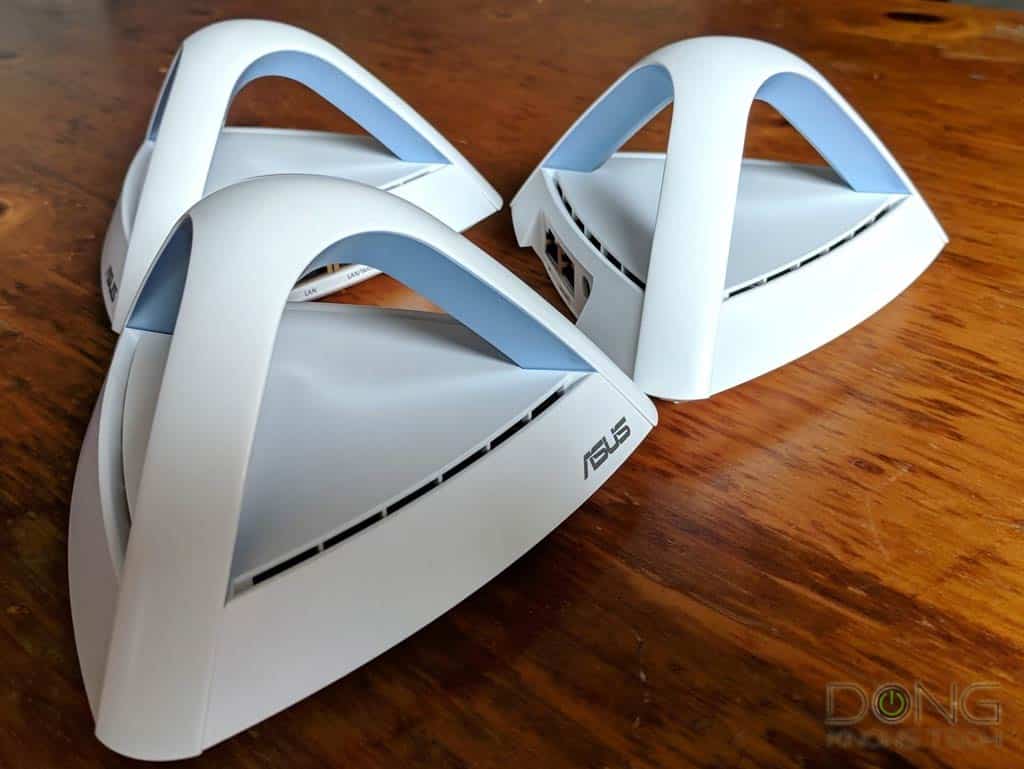 Ability to work as an extension of an existing network via the access point mode, or as part of an AiMesh system

Setup, firmware updates, and configurations can be a pain

3. Netgear Orbi Voice: How your Wi-Fi can sing, too

Though available as a system named RBV50, the Orbi Voice is just a satellite unit of Netgear’s Orbi ecosystem — it works with any Orbi router. The selling point is it’s also an Alexa-enabled smart speaker with decent sound quality. The fact that recently Netgear has upgraded its firmware to make it work with any router means it’s a quite excellent buy for those needing both Wi-Fi and a smart speaker. 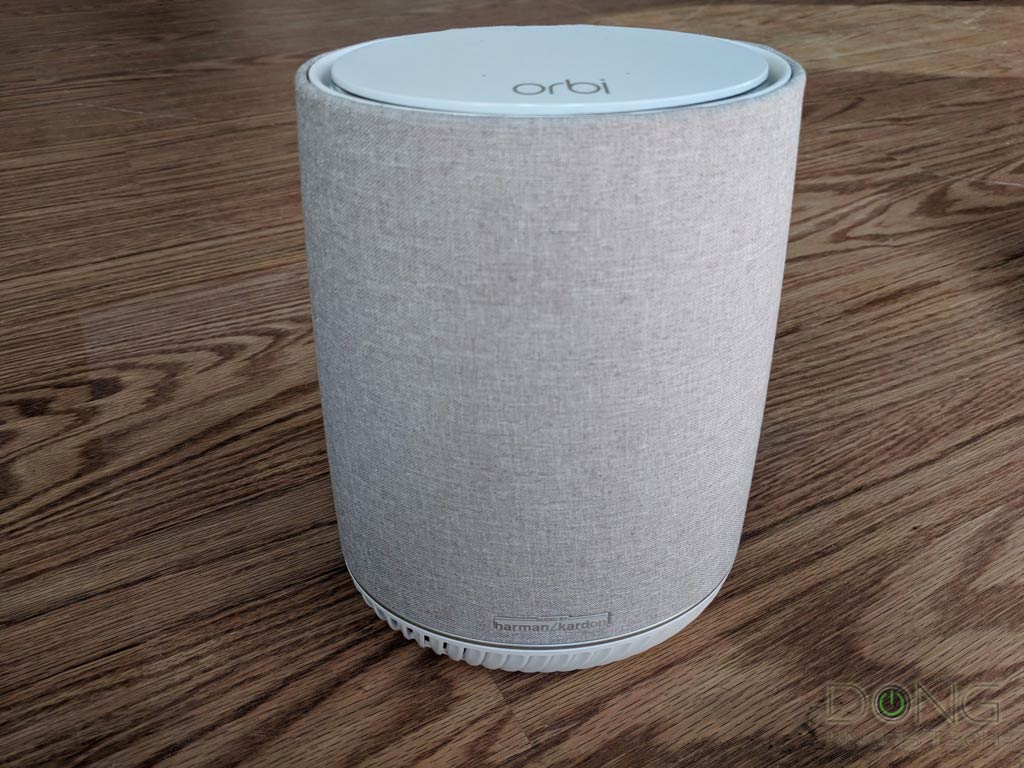 The Orbi CBK40 is Netgear’s only Orbi mesh system for cable users. The router unit, by itself, is a cable gateway. The system works very well for cable customers, as long as they don’t also use cable Internet as their landline phone service. 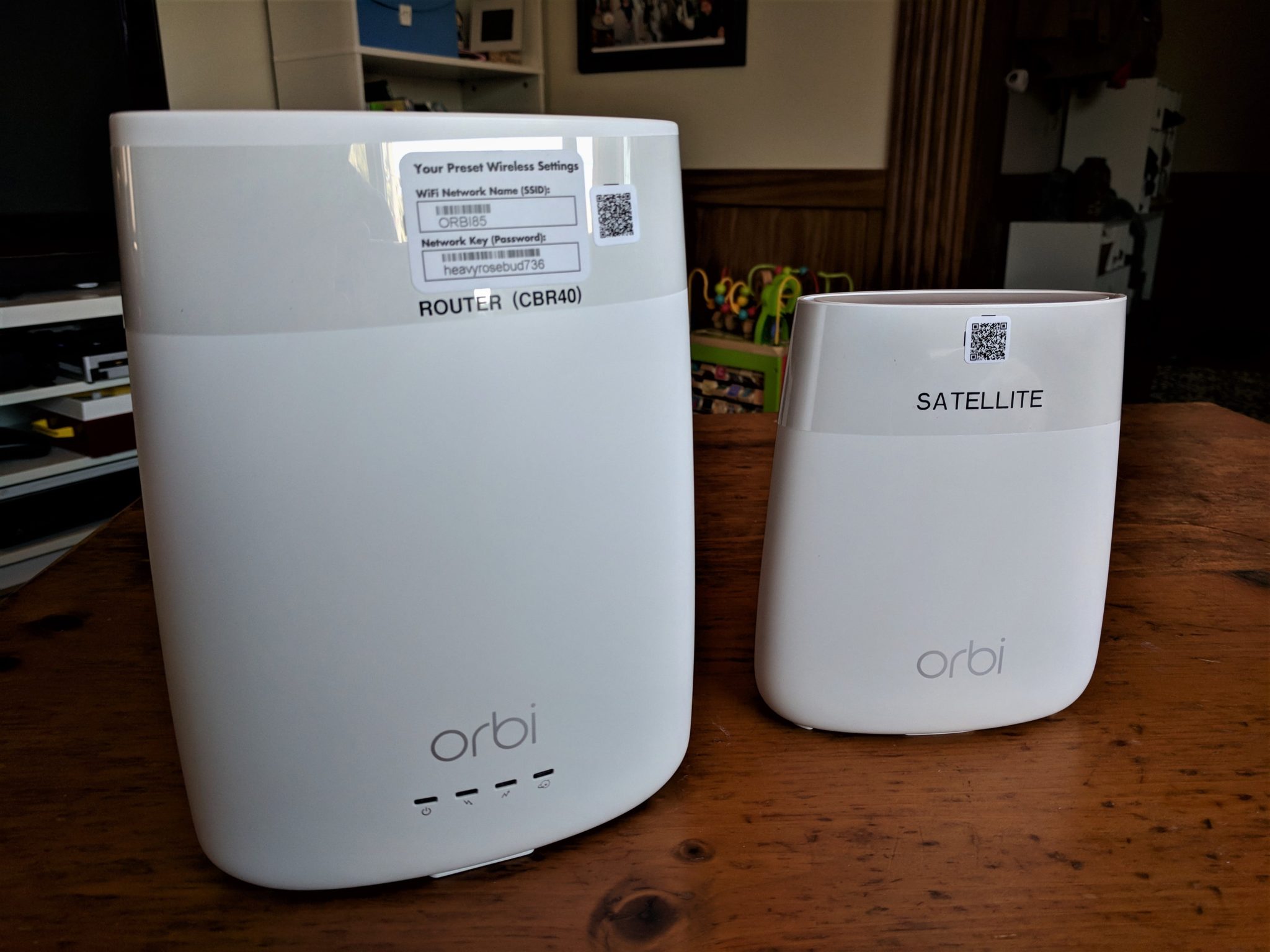 No WAN port, no telephony capability

In case you didn’t read the intro: This is the oldest member on this list. The number is not the ranking.

The Linksys Velop Dual-Band is a downgrade to the original Velop by using dual-band routers instead of tri-band. In return, it’s a lot more affordable. Alternatively, you can also consider the Linksys Velop Plug-In. 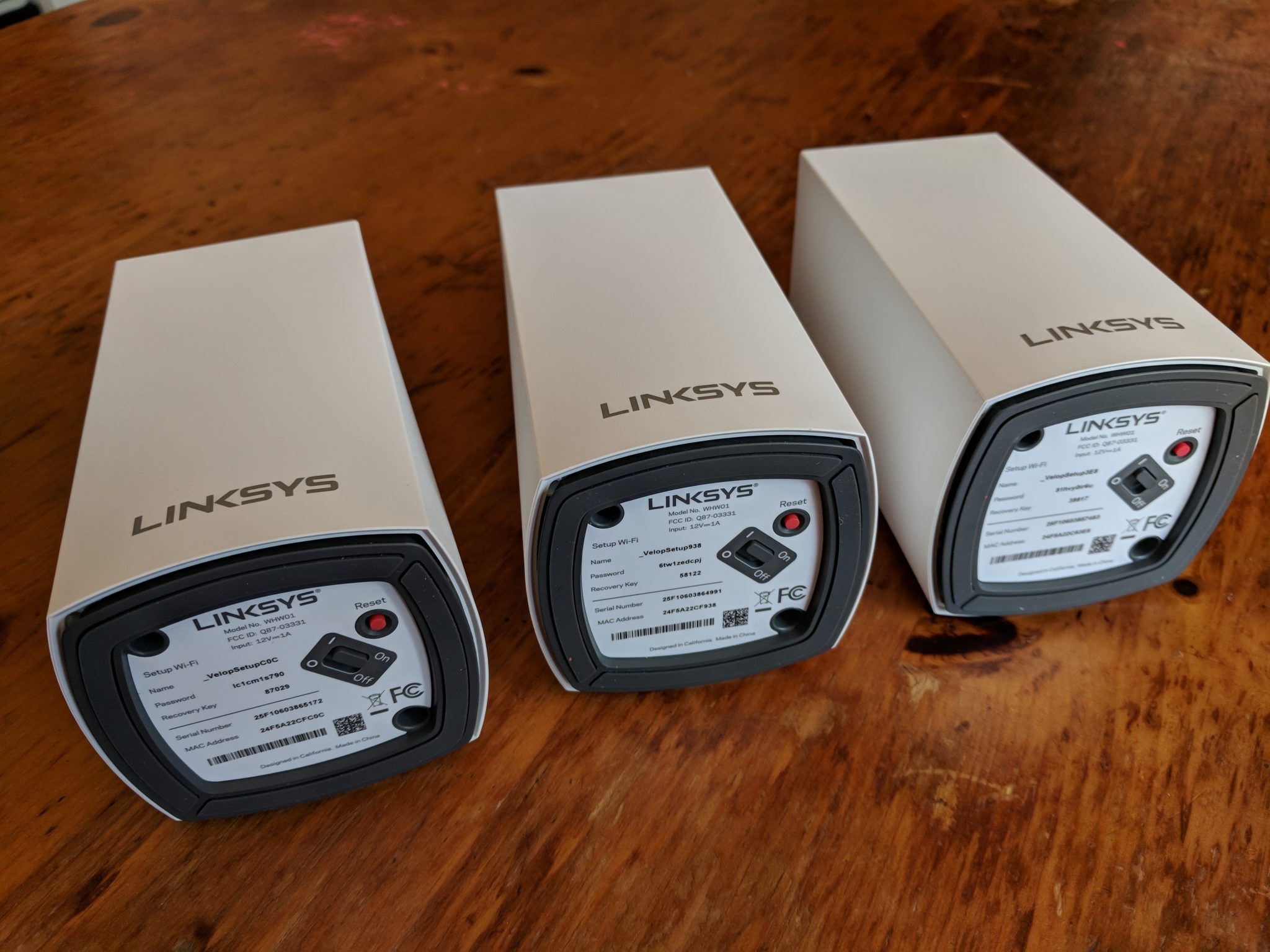 Compact design, easy to set up and mange

Ability to use network cables as back-haul

I tested the performances of these systems at the review time with the latest firmware version available then. The charts below are sorted in the reviewed order — latest on top.

I evaluate all mesh systems’ throughput performance by testing their router and then their satellite, placed some 40 feet (12 m) from the router. For the official scores, I always use the hardware units in the star topology, where each satellite unit has a direct wireless link to the router.

For throughput testing, I place the Wi-Fi client at some 10 feet (3 m) and some 40 feet (12 m) from the broadcaster (router/satellite) for the close- and long-range scores, respectively. 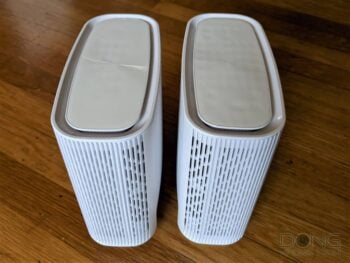 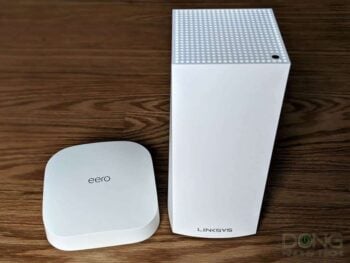 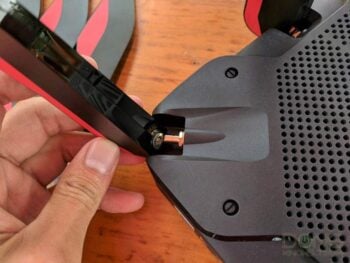 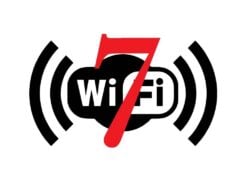 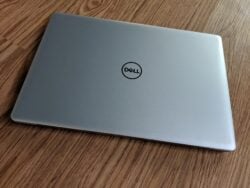 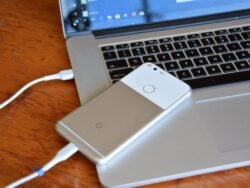