I first reviewed the Synology RT2600ac in my past life and found it cool for geeks and nerds. Now, almost two years later, Synology manages to make it cool again, this time probably for everyone. So, I decided to take another crack at it.

Note: With the latest firmware version, the RT2600ac is mostly the same as the recently released MR2200ac, with a few significant differences. This review will focus on those differences because frankly, I hate repeating myself. That said, make sure you first check out the full review of the MR2200ac which talked a lot about the standard features of Synology routers. 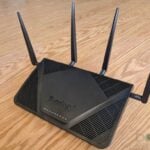 For the most part, the RT2600ac is superior to the newly release MR2200ac. I believe Synology designed the MR2200ac to compliment the RT2600ac. The two make a near-perfect combo to create an effective Synology mesh, with the latter being the main router and the former, a satellite.

Note: For the RT2600ac to work as part of a Synology mesh, it needs to run firmware 1.2 or later. Keep in mind that generally, Synology routers can’t always skip-update its firmware. In other words, if your unit runs firmware version, say 1.0, you might need to update it one or two releases in between first, incrementally.

RELATED: All you need to know about Synology mesh.

Being almost two years older, the RT2600ac inevitably has its disadvantages. Let’s find out in detail about its pros and cons.

RELATED: All you need to know about Wi-Fi.

All things considered though, the part where the RT2600ac is better than the MR2200ac is more significant than the area it’s not. If you’re looking for a standalone router, it sure is a much better pick.

The RT2600ac has the same set of settings and add-on apps as the MR2200ac, plus Threat Protection. At first, this app seems redundant considering the availability of the Safe Access app, which takes care of both Parental Controls and online protection.

However, Threat Protection is much more advanced. With Safe Access, you can turn on or off the online protection, and that’s it! Threat Protection, on the other hand, gives you a lot more information and options to protect your network.

For example, not only you can find out how many times your network under threats in a given period, you can even pinpoint where the attacks come from, based on their WAN IP addresses. If you’re into that kind details, you’ll love this new app.

By the way, if you choose to use this app, make sure you use a fast SD card (or portable drive) of decent capacity. The app itself needs some 4GB of storage space to work correctly.

The RT2600ac did well in my testing. It’s not as fast as some new routers I’ve reviewed recently but still plenty fast.

Note: For the sake of consistency, I tested the RT2600ac with the 3×3 client I’ve used for the rest of the routers. I’m in the process of getting a 4×4 client and will update the review when I get a chance to retest it. 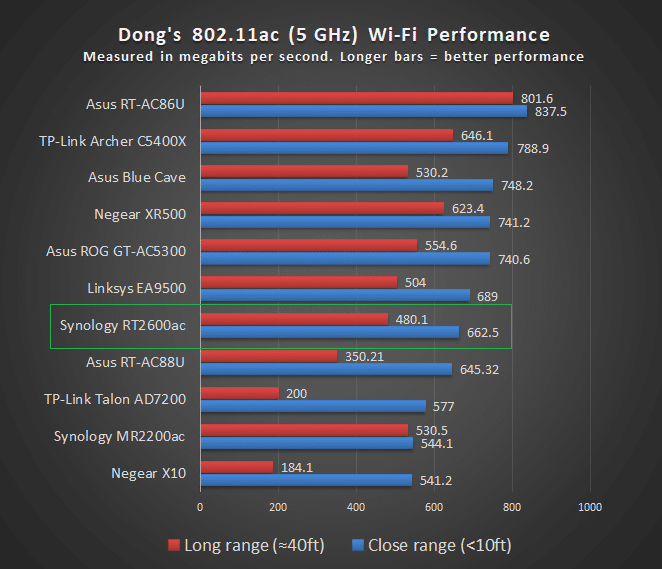 On the 2.4GHz the router did even better with speeds fast enough to deliver even a fast broadband connection in full. 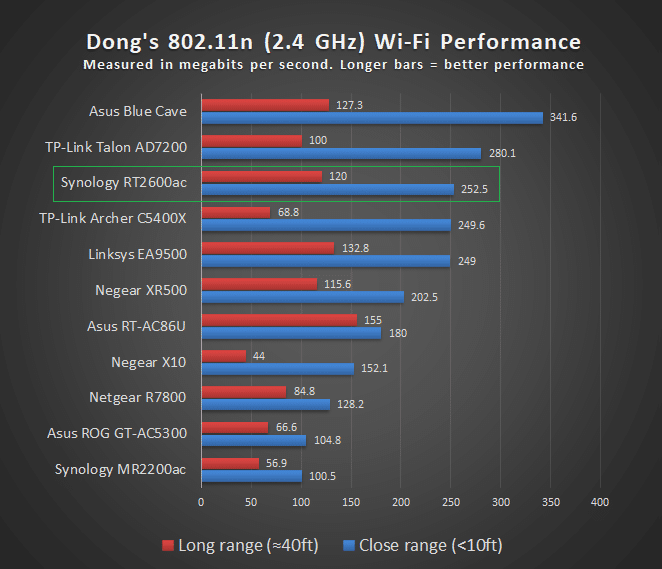 As for coverage, by itself, the RT2600ac is slightly better than the MR2200ac. I found that, when placed in the middle, it can cover an average home of some 2000 ft² (186 m²) with reliable Wi-Fi to every corner. This coverage, of course, varies depending on the number of walls and furniture, but overall, this router has excellent Wi-Fi coverage.

It’s also reliable. I stressed it for three days in a row with continuous heavy usage, and it didn’t disconnect once.

Unlike its Wi-Fi, the router’s NAS performance, when hosting an external storage device, was somewhat disappointing. I tested it with Samsung Portable SSD T5, and via a Gigabit connection, it averaged just around 35 megabytes per second for reading and 33 MB/s for writing. 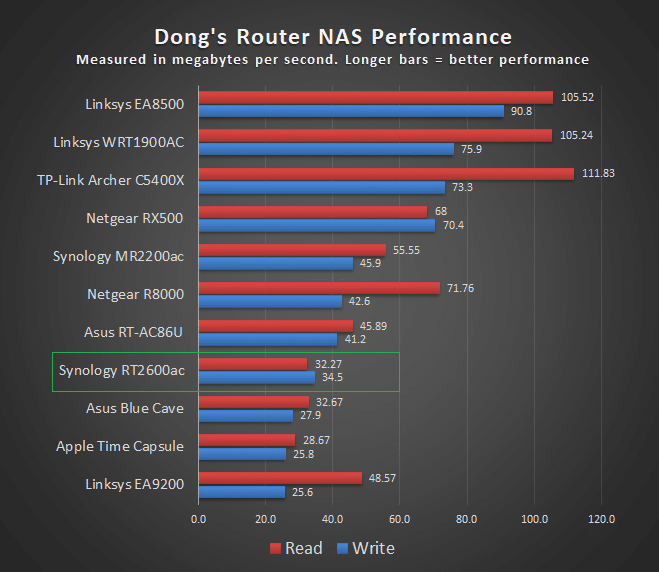 These numbers are not enough to deliver the vast amount of NAS features the router has to offer. For comparison, the MR2200ac’s NAS performance was some 70 percent faster in my testing.

That said, if you use the RT2600ac, either as a standalone router or one in a Synology mesh, you better get a dedicated NAS server, like the DS218+ or the DS1618+, if you seriously want network storage.

The RT2600ac router is far from perfect. But that’s to be expected. It’s an old device. What’s important is with updated firmware it’s now much better than what it was when first released.

Indeed, with a vast amount of useful features, a state-of-the-art interface, reliable performance, and most importantly, the ability to host a robust Synology mesh, the RT2600ac ranks among the best routers you can get.

After almost two years, the RT2600ac now remains Synology’s flagship router, and will likely be relevant for years to come.