If you have read my primer post on network-attached storage (NAS) servers, it’s pretty clear that I’ve unapologetically picked Synology as my go-to brand.

While there are many NAS options, nothing beats Synology in my book. But which Synology NAS to buy can be a tough question.

That’s because the answer depends on your situation — there are different server models for a reason. By the end of this post, you’ll be able to figure that out for yourself confidently. That’s the hope anyway.

Which Synology NAS to buy: They are essentially the same, give or take

When you buy a computer, a Windows or a Mac, you generally expect the same level of experience from them.

There are different models, like the Mac Pro vs Mac Mini or Dell XPS vs HP Pavilion, but in the end, if you know how to use one, you can handle the other.

That’s because they all use the same operating system, macOS vs Windows, respectively. The hardware might be different in capabilities and performance, but the overall experience remains, as long as they can run the same OS.

And the same idea applies to Synology NAS servers. They all run DiskStation Manager (DSM) operating system, currently at version 7.1. So, all servers supporting DSM 7 will have the same interface and a standard set of features. Truth be told, the old DSM 6 is not much different. I detailed that in the review of DSM 7.

With that, here are five things to consider when getting a Synology server with my quick assessments on each:

Let’s tackle each in more detail

Among Synology NAS servers, there are many grades (or types) — I detailed them here if you want to find what each entails. However, when it comes to home or SMB, the Plus (+) grade is the best fit.

Synology’s Plus servers have a good combination of performance, ease of use, and cost. They all support Synology Hybrid RAID (SHR), which makes managing, upgrading, and replacing storage easy and convenient.

If you pick a lower-grade server (Standard, J, or SE), you might lose more in performance and features than the saving in hardware costs. (They are like low-cost Windows computer that takes two hours to fully boot up.)

On the other hand, higher grades (XS or XS+) are more restrictive in hardware support, and they only use standard RAIDs. Generally, these servers are suitable for large business or enterprise applications.

So Synology Plus servers are the way to go.

CPU types and 4K transcoding: It’s not a huge deal

Each Synology server model comes with a specific CPU, and you can’t change that — most of the time, the CPU is soldered on the motherboard.

Generally, if the server runs an Intel CPU (Atom or Celeron), it tends to work well for hardware video transcoding — a bonus for those running media servers such as Plex.

With playback software becoming increasingly ubiquitous, hardware transcoding is no longer a big deal. I’d recommend using the Synology Video Station (or its DLNA-based Media Station) on the server side and VLC apps (available on all platforms) on the front end. In this case, you can completely write off hardware transcoding.

Since 2021, Synology has slowly transitioned to using AMD Ryzen CPUs for its Plus servers, the first being the DS1621+, and that proved an excellent move in my experience. These CPUs are much more powerful and can run the servers’ Virtual Machines (via the VM Manager package) well.

Imagine running a Windows computer within your NAS server!

2. Which Synology NAS to buy: The number of drive bays

You can find Synology servers with a single drive-bay up to 24 drive bays. Each bay can host a disk. The more bays, the more storage space and options.

As a rule, a server needs at least two bays. That’s because, with two drives, you can have RAID 1 (or SHR) that will keep your data safe when one of them dies.

You can use a server with a single drive and back it up to USB storage, but restoring data can be a pain. The savings in getting a single-drive server is not worth the hassle of data recovery should that happen.

More bays means more potential storage space and more options. Generally, a 4-bay and 5-bay are the sweet spot — you get the best combo of performance and capacity.

It’s worth noting that you don’t have to use all of a server’s drive bays and can add more drives to the empty bays at any time. On top of that, all Plus servers come with the ability to host more storage via expansion units — that’s what the “Plus” notion means.

In my experience, though, for best performance, it’s better to increase storage space by using higher-capacity drives or upgrading to a server of more native drive bays than expansion units.

Regular size Synology servers come with drive bays that can accommodate both 3.5-inch (desktop) and 2.5-inch (laptop) standard drives, which include both traditional hard drives and solid-state drives (SSDs).

On the other hand, Slim servers, such as the DS620slim, can only work with 2.5-inch drives. Generally, pick a Slim server only when you have limited space in your home or if you want to go full SSDs.

As for which drives to get, it’s generally best to use those on the compatibility list, which changes from one server to another. This is the way to go if you have a server for serious business usage.

In my experience, you can use any standard SATA drive with any Synology server. Some drives might cause the “incompatibility warning,” which only means Synology might not provide support for them. Here are a few general rules:

Below are the steps to enable the TRIM command on a Synology NAS server running DSM 7. (Things are similar in DSM 6.)

This is a one-time job that you only need to do when you install or change an SSD.

Synology NAS servers are generally restrictive in what hardware you can add to them, especially those running DSM 7 and later, and upgrades are usually unnecessary.

Generally, populate a server with the storage (HDDs or SSDs), and you’re good to go. All servers come with one or more Gigabit ports, which are fast enough for a typical home or office network.

If you have a router or switch supporting Link Aggregation, you can turn the server’s two Gigabit LAN ports into a 2Gbps connection to increase the bandwidth.

However, for best performance, especially when you have a Multi-Gig network, or intend to run virtual machines within the server, upgrading the server’s RAM and network to 10Gbps is a must.

I detailed the upgrade steps in this post about how to do that on the DS1821+. Generally, keep the following in mind:

Once you’ve got the hardware ready, installing them on the server is relatively easy. You will need to open the cover to get to the PCIe slot. For RAM upgrade, the slot might be on the underside of the server.

Since 2018, Synology has added M.2 slots to its Plus servers to host two NVMe solid-state drives (SSDs). And since 2020, virtually all four-bay or larger servers have this feature.

These high-speed SSDs only work for caching — you can not use them as a regular volume for shared folders, for now. (I’ve been asking Synology about the possibility of using NVMe SSDs as a regular volume but the company is tight-lipped on the matter.)

Before the DS1522+ with its 10GbE Network Upgrade Slot, the PCIe slot, where available, is the only option to add 10GbE network capability, NVMe caching, or both. Alternatively, you can also use regular 2.5-inch SSDs installed in the server’s drive bays for caching stead of a regular volume.

While caching seems like a great idea, it’s not necessary for most home and SMB applications. In my testing, caching can in fact slightly slow down the server’s general data transfer.

However, caching will improve the performance considerably if you use applications that do a lot of random access, such as website or database hosting.

But even then, caching is only necessary when you use hard drives for your storage — you can attach the SSD caching to a particular volume. For an SSD volume, caching is completely unnecessary.

5. Which Synology NAS to buy: Should I get a used server? If so, what model year?

As mentioned at the beginning, the Synology NAS server can last very long. That said, if you want to try it out, getting a used or older model is a great idea.

For over a decade, I’ve always used Synology for my storage needs, which are pretty extreme in my day job. And that aspect of the business has always been fine and dandy.

A bit of anecdote: My very first Synology server, the DS410, was running when I first wrote the introduction piece on NAS in March 2018, as it had since 2010. And that old server is still running today as I’m writing this — it’s stuck at DSM 5.2 and it’s fun to check on it now and then to see how DSM has evolved. On top of that, I’ve had about a dozen other Synology boxes of various models, working 24/7 at multiple locations. That’s to say, Synology’s hardware truley lasts and reliably so.

If you’re thinking of getting your first Synology NAS server today, I’d recommend a go-ahead.

Pick a server with the number of drive bays that fit your needs and budget. You can even buy a used one or an older model — as old as those released 6 or seven years ago — and rest assured that the experience will be comparable to any brand-new server released this year.

And in the future, when you’re ready to move up, the process will be as easy as moving the drives from the old server over. I’ve done that dozens of times. 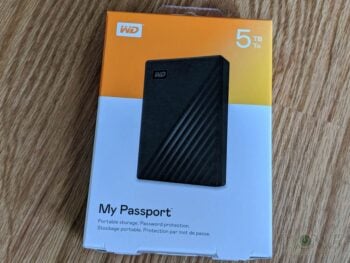 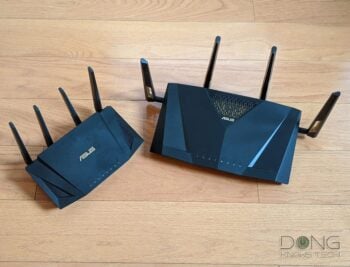 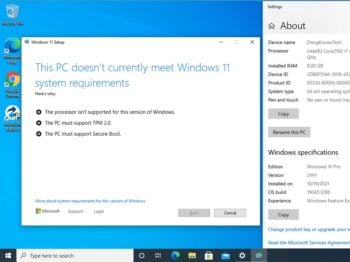 2 thoughts on “Which Synology NAS to Buy: A General Guide on Picking a Real Storage Server” 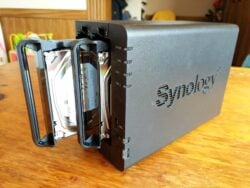 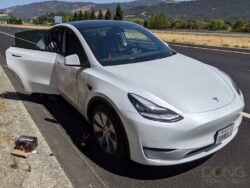 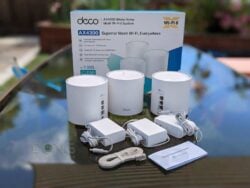