Here’s some upsetting news for those who use Netgear home Wi-Fi routers. As it turned out, the networking vendor has been quietly killing off useful features from its networking devices.

Over the years, the company has slowly been removing non-essential features such as QoS and Parental Controls from its web user interface on new devices, favoring its subscription services.

Most recently, though, the web-based Remote Management feature has fallen victim to this practice — even retrospectively via firmware updates. And for advanced users — I count myself as one — that’s a real deal-breaker.

If you’re a Netgear fan, get yourself prepared for potential unpleasant surprises. Things that you’ve grown used to in your beloved router might change dramatically after a firmware update.

I first noted this when reviewing the WAX204 back in March 2021 but assumed its case was a one-off. However, when testing the latest flagship Orbi RBKE960, which also doesn’t have this feature, it became evident that this is a deliberate and systematic move.

I reached out to Netgear, and the company confirmed that it has been phasing out this feature entirely, including from devices that originally had it.

So what is Remote Management anyway?

Web-based Remote Management is a valuable feature that allows users to remotely access a router’s web interface the way they do locally when at home.

It’s also available in other networking brands with different names, such as Remote Access, Web Administration, Web Acess from WAN, etc. In other words, it’s common. Advanced users generally expect and assume that it’s there.

Suppose you’re traveling and, for some reason, need to change your home Wi-Fi settings, restart your router, block a device, or even wake up a local machine via Wake on LAN. That’s where remote access comes into play.

Remote Management allows you to do that using the web browser of any Internet-connected computer or a mobile browser on a phone/tablet. It’s like you’re still home.

Most importantly, this remote administration feature works with the Dynamic DNS to give you complete control of your home network via the router, without any intrusive involvement of a third party. You won’t need a login account with the vendor, etc.

Remote Management is generally turned off by default. I wrote about how to turn it on and use it securely in this piece on DDNS.

Dynamic DNS: What it is and why it’s a valuable feature

What did Netgear do exactly, and why?

The company didn’t make any announcements or provide any guidelines. Instead, it excludes the feature from its new routers starting late last year.

Furthermore, it also removes this feature on existing Orbi and Nighthawk routers via firmware updates. (So far, gaming routers running DumaOS, like the XR1000 or XR500, seem not affected.)

There’s no specific timeline for every affected model, but according to Netgear, the Orbi RBK750 series and Orbi RBK850 series lost this feature when upgraded to firmware ver. 4.6.3.7 and ver. 4.6.3.9, respectively.

In both cases, the removal of the feature wasn’t spelled out but labeled as:

It’s important to note that I reviewed these two models and most other Netgear routers when they still had Remote Management, which played a part in how I rated them.

The Orbi RBKE960 and WAX204 were the only two in which I experienced the lack of this feature during the testing.

You read it right. This feature, if disabled, which is the default on existing routers, will be removed when you upgrade the router to the latest firmware.

In other words, on routers that have this feature, you must use it if you want to keep it. And that was also the reason why its removal came as a surprise since I had always used this feature in all (Netgear) routers when available.

For any existing Orbi and Nighthawk product where the Remote Management feature is currently disabled, we will remove the ability to enable the feature. If an existing user previously enabled Remote Management, we will leave the support as enabled.

By turning on the Remote Management feature, a user will expose their router’s Web interface to the entire outside Internet. Although Netgear attempts to make our web interface as secure as possible, there is always the possibility of new security vulnerabilities being discovered.

If a vulnerability related to the web interface is found, the level of risk to a customer with Remote Management enabled is much higher as that vulnerability can now potentially be exploited from anywhere on the outside Internet, rather than from just within their local LAN.

Netgear now offers remote management capabilities via our Orbi and Nighthawk mobile apps, which use a much more secure mechanism of accessing the devices and does not require opening a port to the external Internet.

So, Netgear cited the reason for the removal as a “security” matter. And it kind of had a point. Or did it?

Years ago, when the cyber world was still naive, innocent, and kind, the Remote Management feature was turned on by default with its default settings.

The engineers at the time were too excited about how helpful (and cool) it could be and never thought of how bad guys could take advantage of it.

That, plus the router’s known default username and password, make Wi-Fi 4 and older routers easily vulnerable to malicious parties. On top of that, firmware vulnerabilities are real.

In 2020, Netgear was one of few networking companies that had to deal with an onslaught of bad press about the security issues on its old, largely-obsolete Wi-Fi routers, mainly because some media outlets sensationalized the “security” issue — many still do — for views and clicks. I wrote a piece on this matter.

Router vulnerability: It’s real and how to overcome it

But for years, security on modern home routers has been significantly tightened. In most, if not all, cases, a router won’t even connect to the Internet unless you change the default password. And remote access has always been turned off by default.

Sure, having this feature is like having another door susceptible to being left open by mistake or misuse. But that would be on the user, not the vendor.

A car company should not be held responsible if somebody messes up your car because you leave the door unlocked, so to speak.

In any case, I find Netgear’s drastic move on this front a bit unnecessary and doesn’t make sense if you think about it.

Why remove something when it’s already disabled? If security were indeed an issue, Netgear would pay attention to the cases where this feature is being used.

And it seems even more sinister considering what the company offers as the alternative.

For over a decade, Netgear has made the mobile apps — the Orbi and Nighthawk apps for its Orbi mesh and Nighthawk routers, respectively.

Initially, the apps were optional. Users can choose to use the app or not. They can fully manage the router using just the local web interface.

The web interface doesn’t require a login account, allowing consumers to use a Netgear router completely independent from the vendor.

On the other hand, the apps require a Netgear login account, posing potential privacy risks. I wrote more about that in this post on mobile apps vs web interfaces.

Later on, in early 2019, Netgear started to add premium features that require the mobile app, starting with Armor protection which costs some $70/year.

Since then it has gradually removed the free and helpful from the web interface, including VPN, QoS, and Parental Controls, and offered them via new tiers of paid subscriptions. Over the years the company has managed to hollow out its once-rich web user interface.

And now, with the removal of Web-based Remote Management, the Orbi or Nighthawk apps are the only way users can manage their home network remotely. It’s the most significant app coercion so far.

That said, security or not, Netgear is the only one that stands to benefit the most from this development. The more users who use the apps, the more business it gets, not to mention the valuable data it can collect from its users via the login account.

Your router and your privacy: Why you should care

If you don’t use or haven’t heard of Remote Management, this doesn’t affect you.

And for now, you can still use the local web interface to manage Orbi or Nighthawk routers, albeit you might note that they’ll have fewer and fewer features.

That might change, however. The way Netgear has been acting on this front suggests that it may remove even more functions of the web interface or even the interface itself entirely.

For those who rely on this remote access to manage their home or businesses, this is upsetting — they no longer can count on new Netgear routers on this front.

This deliberate removal seems self-serving, and Netgear’s security rationale appears disingenuous. After all, the company still supports this feature on existing routers with it turned on.

Most disappointingly, Netgear seems to have started embarking on a new path, in which it values the bottom line more than the experience of its loyal users.

This type of “bait and switch” practice, and the lack of transparency in going about it, make it hard for me to trust Netgear, once one of my favorite home networking brands, going forward. It’s sad.

If you’re using an older Netgear router that comes with Remote Management — those that came out in 2020 or earlier all do — and want to use this feature at some point, make sure you turn it on before updating the firmware. You can always turn it off later.

Looking for a new router today? It might be a good idea to consider a different networking brand instead. 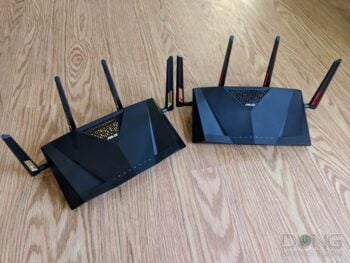 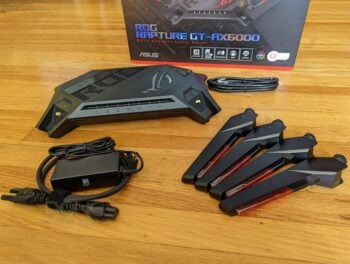 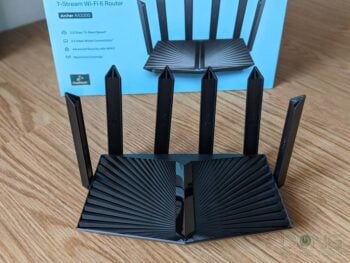 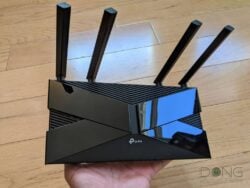 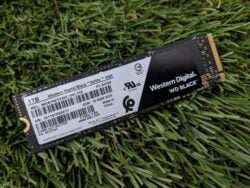 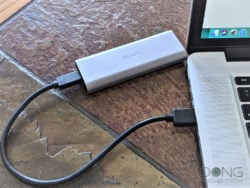