When it comes to network storage, I’d recommend a NAS server. But a good server can be expensive; plus, not everyone wants or has time to configure all the features. So the second-best option is to make use of what you likely already have: the USB port of your Wi-Fi router.

Indeed, there are many routers on the market that can simultaneously deliver both Wi-Fi and storage space for your entire home.

This post, among other things, talks about the storage-related use of a USB-ready Wi-Fi router. You’ll also find here my list of recommended routers, and tips on how to best set up one as a NAS server.

What’s the use of a Wi-Fi router USB port?

Not all Wi-Fi router has a USB port, but if yours happens to have one, chances are you can use it for (at least one of) the followings:

Print serving is the original function of a USB port on a router. Connect a USB printer to this port, and it’s now available to the entire network. There’s no need to buy a printer for each person anymore.

Five or six years ago, this feature was a big deal since printers at the time were mostly USB-only. Nowadays, those with built-in network port or Wi-Fi are commonplace. With that, some new Wi-Fi routers don’t offer the print serving feature anymore, though many still do.

This feature allows the router to host a cellular USB modem and share the mobile Internet to the entire network. A cellular connection is a great way to have a backup Internet when your broadband service, like DSL or cable, is down.

Note that a router with this feature only supports specific cellular modems. Make sure you check the manual to know which one to get.

This feature is, by far, the most common and useful. Similar to the case of printing, plugging an external hard drive into the router’s USB port can also make its storage available to the entire network.

On top of that, you can use that public storage space for other applications, such as a backup destination (including Time Machine backup, in some cases,) PC-less downloading, or even a personal cloud.

READ NOW:  How to Turn your USB-enabled Wi-Fi Router into a Time Capsule

How to best set up a router as a NAS server

There are a couple of things to keep in mind about using a router as a NAS server.

The first and most important thing to remember is a router’s primary function is to host your network. For this reason, even a high-end router tends to have limited processing power for non-networking tasks.

Naturally, a router is not as capable as a dedicated NAS server when it comes to hosting storage space. Also, just because the router supports a few functions with its USB port — like NAS, printing, or cellular modem, and so on — doesn’t mean you should expect to use all of them at the same time.

One of the reasons is there’s only so much power a USB hub can deliver. If a router has multiple USB ports, chances are they all share a single USB hub. So, you can’t use more than one bus-powered devices with it.

Security can also be a concern. For example, some routers still use SMBv1, which is the original and ancient version of the popular Server Message Block protocol used in the Windows environment for network file and printer sharing.

Due to security holes, for about a decade now, SMBv1 has been replaced by SMBv2 and newer versions and recently even disabled by default in most modern operating systems. That doesn’t mean using SMBv1 will get you in trouble immediately, but it sure is not ideal.

(Note, though, that many Asus routers might have the warning about enabling SMBv1, but they don’t require it to work. In my experience, all Asus Wi-Fi 6 routers can work with newer SMB versions.)

Another security concern is when you use the NAS feature via the Internet. In this case, make sure you create an account for each user access. But if you’re not sure, just don’t turn on any “cloud” feature or FTP access. Use those only when you know what you’re doing.

Get a good external drive

If you want the fastest possible speed, get a fast SSD-based portable drive, such as the My Passport SSD or the Sandisk Extreme. However, keep in mind, the performance depends on the network connection or the power of the router itself.

That said, a fast external storage device doesn’t always translate into better performance. In most cases, a typical affordable portable drive, like the WD My Passport or the G-Tech Mobile, will do.

Generally, the USB port of any router will have enough juice to power one bus-powered drive. But you can also use desktop external drives that have a power adapter of their own. In this case, you can use one with each of a router’s USB ports.

Regarding storage space, the more, the better, so get the drive of the capacity that fits your needs. If you’re serious about your data, you can also choose an external drive with redundancy, such as a dual-drive RAID 1 external storage device, like the WD My Book Duo.

Get the right router

Not all routers are equal, especially when it comes to raw power. That said, get a router has a lot of processing power. Generally, the higher the specs, the better.

READ NOW:  Device Connections Explained: It's All about USB-C

Also, make sure you get a router that supports USB 3.2 Gen 1, a.k.a USB 3.0, or faster. Some router also has an eSATA or USB-C port. So, find one that suits your needs. And finally, get the router that includes the storage features you want, such as the support for Time Machine backup.

Use the correct settings

By default, many routers — especially those from Asus and Synology — automatically set the connected drive to work in USB 2.0 mode. This mode won’t affect the router’s NAS functionality but has a theoretical cap speed of just 480 Mbps (60 MB/s).

The USB 3.2 Gen 1 (formerly USB 3.0) mode, which the cap of 5 Gbps (625 MB/s), unfortunately, can adversely affect the router’s 2.4GHz Wi-Fi band. That said, if you want to get the most out of the router’s storage feature, you’ll need to enable the faster USB mode manually — we use mostly the 5GHz band these days anyway.

Finally, make sure you use the external drive with the right setting. For one, use it in the correct file system that the router support. Most of the time, NTFS is the safest choice. Also, don’t turn on the external storage device’s security feature, if it has one, because a router has no mechanism to unlock it.

So, for example, if you use an NTFS (Windows) external drive with your router and share its storage, over the network, your Mac will be able to read, write to the shared folder, and use the space for Time Machine backup (if supported) just fine.

Once you’ve connected a storage device to a router and turned on the data sharing feature — often referred to as Windows-based, or SAMBA (SMB), file sharing — it’s easy to access that share space from any computer within the network.

(Here I assume you know already know how to set up a router, accessing its web interface, etc. Enabling the NAS feature is part of working with the router’s interface. If not, this post on how to build a network from scratch will help you with that.)

That’s because, as mentioned above, generally, the router shares the storage space using the popular SMB protocol. So the only thing you need now is the router’s IP address, which is the same one you’ve used to access its interface to turn on file sharing.

Alternatively, you can also use the router’s network name. But the IP is always the sure way. For this post, let’s say the IP address in question is 192.168.1.1 — chances are yours is a different one.)

(If you don’t know the router’s IP address, this post on IP addresses includes detailed steps on how to find out.)

After that, below are the standard ways you can access your newly-minted NAS server from a connected Windows or Mac computer.

Accessing your NAS server on a Windows computer

2. On the address bar type in this command then press Enter:

(Alternatively, you can also use \RouterName and the Windows search field under the Start Menu instead of Explorer. Don’t forget the (not //) and remember there’s no space in the command.)

Accessing your NAS server on a Mac

1. Click on an empty spot on the desktop then press Command + K, and the “Connect to Server” window will appear.

2. Under Server address type in

(Again, you can also substitute the IP address with the router’s network name.)

And that’s it. Happy data sharing!

Best USB-enabled routers that can work as a NAS server

Now that you know how to turn a USB-enabled router into a NAS server, you probably wonder which router or routers you should get for the job.

I addressed that big question in this separate post of best Wi-Fi routers for NAS features. Check it out!

READ NOW:  Looking to Build a NAS out of a Wi-Fi Router? Check out These Options

By the way, many routers can also work as a Time Machine backup destination. For more, check out this post on how to turn a router into a Time Capsule. 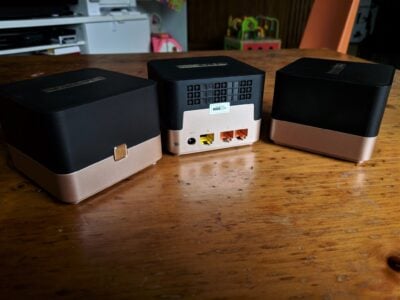 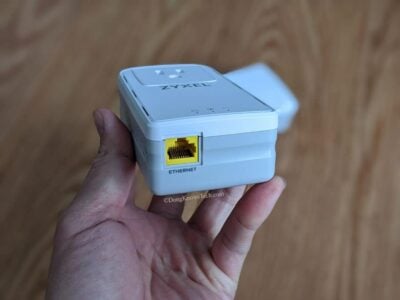 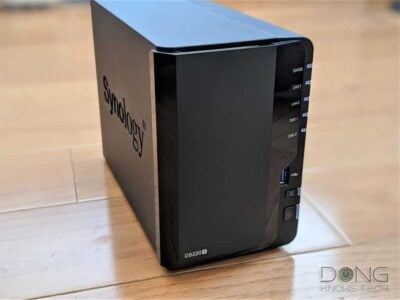 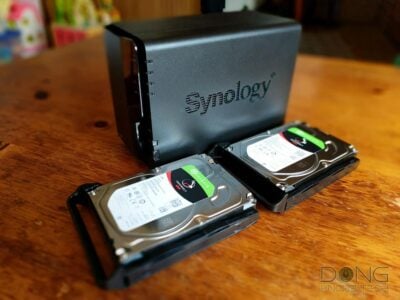 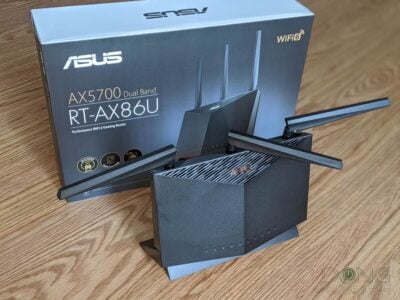 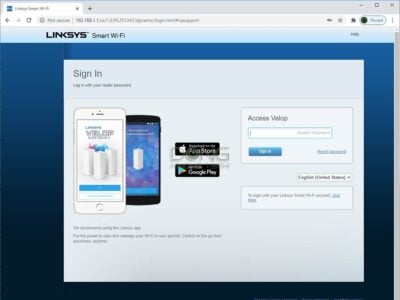 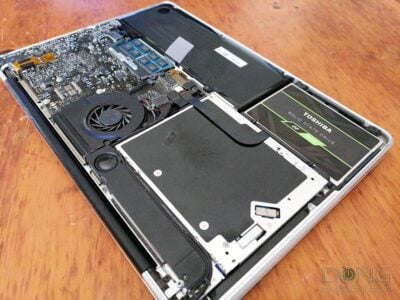 22 thoughts on “Wi-Fi Router USB Port Explained: How to Turn One into a NAS Server”