If you’re wondering about the whereabouts of those Wi-Fi 6E solutions TP-Link flaunted back in January 2021, your guess is as good as mine. So far, none has materialized.

I recently asked TP-Link about them, and the company said while it missed the release dates, its commitment to the new Wi-Fi standard remained.

And as though to prove that commitment, the networking vendor today announced five additional Wi-Fi 6E broadcasters, including two high-end routers, a high-end mesh, an entry-level router, and an entry-level mesh.

With that, TP-Link now has the most extensive roster of Wi-Fi 6E hardware — I can’t remember them all since some seem to have had their model names changed since they were last announced. Most importantly, I only set my mind on things I can put my finger on.

But if you take TP-Link at its word, chances are 2022 will be pretty exciting for its fans. Let’s see what the newly announced hardware has to offer.

Of the five, the Archer AXE200 Omni is likely the coolest. It’s the first that comes with auto-adjusting antennas.

TP-Link first announced it in November 2021 but added more concrete details today. Specifically, I now know for sure the new router can rotate its antennas in a much more sophisticated way than simply raising and collapsing them.

In all, this router is such as novelty that it deserves a separate post.

The second new router is the Archer AXE300 which comes with traditional antennas but manages to have some novelty of its own: It’s the first Quad-band router from TP-Link. (And the second on the market after the Netgear RBRE960.)

So it’s the first on the market that comes with two 10Gbps Multi-Gig ports, with the option of using one as an SFP+ port.

(So far, the only other router with two 10Gbps ports is the Asus RT-AX89X which has one 10Gbps LAN and another 10Gbps SFP+).

The support for multiple 10Gbps ports means the Archer AXE300 is an excellent standalone router for those with a Multi-Gig wired home or with an ultra-fast NAS server.

By the way, it seems the AXE300 is meant to be a standalone router — it seems to be one of a few new TP-Link routers that don’t support OneMesh. Though this might change by the time the router is released, considering my experience with OneMesh, this omission is not necessarily a bad thing.

The Deco XE200 is the latest in the Deco mesh family, and similar to the Asus ET8, it’s a Tri-band Wi-Fi 6E mesh system.

TP-Links says this Deco is a flagship product that “incorporates the leading Wi-Fi 6E mesh system to deliver ultra-fast tri-band Wi-Fi up to 11Gbps with 1024-QAM and a 160 GHz channel.”

Truth be told, that seems pure marketing. Considering there’s no extra band to work as backhaul and the short range of the 6GHz band, the system’s performance will likely be much lower than the numbers above. This is the reason why Netgear opted for Quad-band in its latest Orbi, the RBKE960.

Of course, how the Deco XE200 pans out is to be determined — right now, we still don’t know if it will hit the shelves this year.

TP-Links says when available, a 2-pack Deco XE200 can cover up to 6,500 square feet with a capacity of over 200 devices. The Deco XE200 includes 10Gbps and is also powered by the same 2.0Ghz quad-core CPU used in the other two routers.

Finally, per TP-Link, the new mesh comes with a new AI Mesh feature that “ensures all devices always choose the best connection possible when moving around.” It’ll also be available in a 3-pack.

It runs on a quad-core 1.7GHz CPU and supports TP-Link’s OneMesh right out of the box. But if you need a Wi-Fi system, it’s a better idea to get the new Deco XE75 instead.

The Deco XE75 shares the same hardware specs as the Archer AXE75. This is a 2-pack canned mesh system designed for homes with modest Wi-Fi needs.

The latter two are based on the Intel AX210 adapter that you can use to upgrade your computer to Wi-Fi 6E.

The rest of the newly announced hardware will be available “throughout 2022 at competitive price points.”

Check back to find out if any turns out to be the case. When available the new hardware’s reviews are automatically added to the box below. 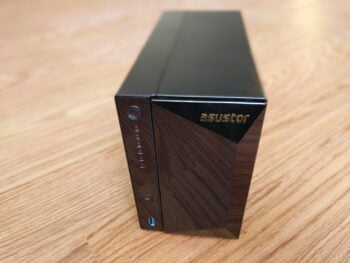 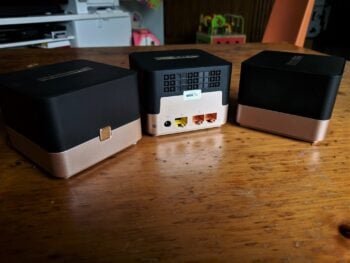 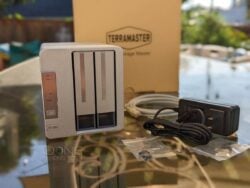 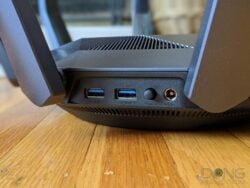 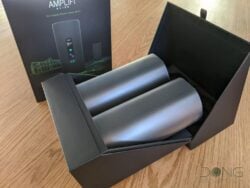